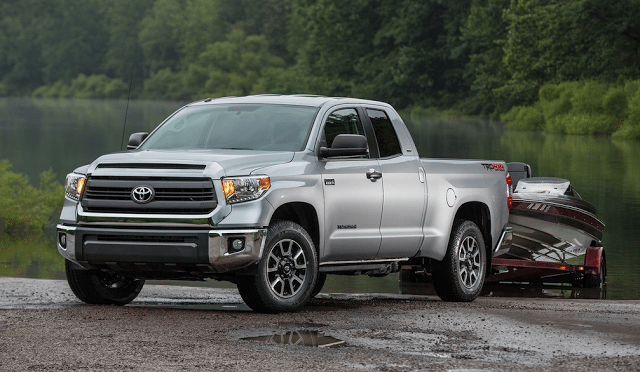 22% of the new vehicles sold in Canada in February 2016 were pickup trucks. The category produced a collective 19% year-over-year increase equal to 4062 extra sales compared with February 2015.

Total industry-wide sales improved by 9%, an impressive increase to the best February results in the history of the Canadian auto industry. Pickup trucks are to thank for much of the market’s improvement.

Small/midsize pickup truck volume jumped 25%, but with only 1756 units (less than 7% market share in the category) the Tacoma-led midsize truck sub-segment isn’t the reason for significant sales increases. Even that best-selling Tacoma was only Canada’s sixth-best-selling truck overall in February.

No, it’s the full-size pickup truck’s country. The Ford F-Series and five other full-size nameplates – including 6292 sales from the GM twins – added 3716 sales to the industry’s tally in February, an 18% increase.

You can click any model name in the table below to find historical monthly and yearly Canadian sales data. You can also select a make and model at GCBC’s Sales Stats page. This table is now sortable, so you can rank pickup trucks any which way you like. January best seller lists for cars and SUVs will be published soon.