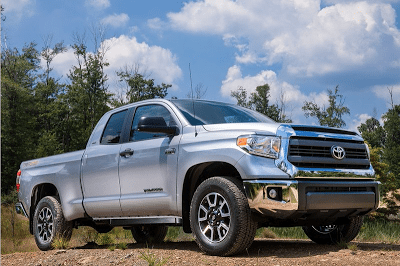 One year ago, in October 2012, an amazing 92.5% of the trucks sold in Canada were full-size pickups. Not Rangers, not Frontiers, not Tacomas, not Raiders or Equators, but Rams and Silverados and, yes, F-Series pickups, too.

Last month, in October 2013, 94.6% of the trucks sold in Canada were full-size pickups. Canada’s five top-selling trucks? All full-size. Though it’s typically ranked fifth, the Toyota Tacoma’s 15% year-over-year decline paved the way for the Toyota Tundra – up 74% compared with October 2012 – to climb into the top five.

October’s best seller lists for cars and SUVs are coming up soon on GCBC. You can always find historical monthly and yearly sales figures for any vehicle by selecting a make and model at the Sales Stats page. The + icon has been removed from year-over-year improvements. Look instead for red font to designate year-over-year declines. We’ve also added prior year data, which results in the sight of Dakotas and Rangers in the table below.