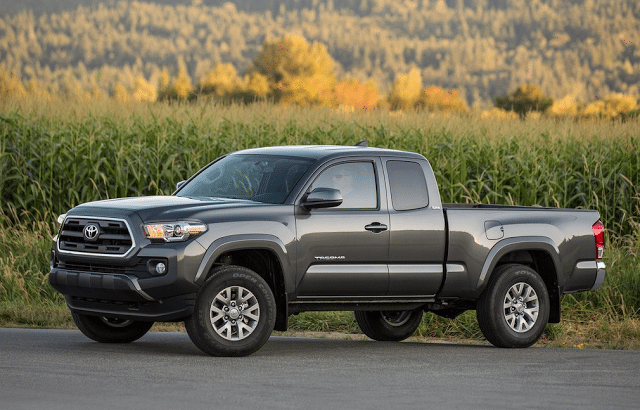 Blame for the Canadian auto industry’s 3% November 2015 pickup truck sales decline can be cast squarely at the feet of the two most popular vehicles in Canada: Ford’s F-Series and the Ram P/U.

Combined sales of the GMC Sierra and Chevrolet Silverado climbed 6% to 7890 units, 2246 more sales than the Ram managed. Year-to-date, the GM twins now lead the second-ranked Ram by 8483 sales, a sharp increase from the 3556-unit lead the twins had generated through the first 11 months of 2014.

Though the full-size pickup truck market was noteworthy for its decline in November, the small/midsize truck segment which accounted for just 8.3% of all pickup sales jumped 50% to 2,082 sales. 59% of the small/midsize category’s sales were generated by the Toyota Tacoma.

You can click any model name in the table below to find historical monthly and yearly Canadian sales data. You can also select a make and model at GCBC’s Sales Stats page. This table is now sortable, so you can rank pickup trucks any which way you like. November best seller lists for cars and SUVs will be published soon.