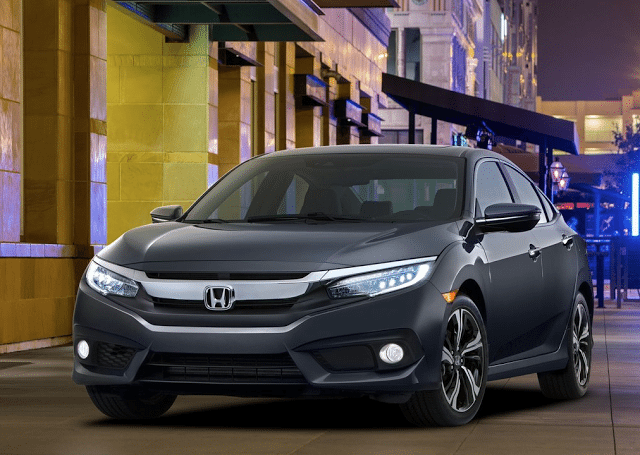 All eight of Canada’s most popular cars, from the soon-to-be-replaced Honda Civic to the leading subcompact from Hyundai, have posted fewer sales in the first nine months of 2015 than during the same period last year. Together, that group of eight has combined for a 7%, 18,569-unit decrease.

Yet overall Canadian new vehicle sales have grown to a record-setting pace for the third consecutive year as the gains produced by SUVs, crossovers, and pickup trucks more than offset the losses from cars and minivans.

There is certainly the chance that a sudden fuel price increase could incite some Canadians to turn back to the more efficient cars, but that possibility becomes increasingly remote as many of the “light truck” offerings that are powering the SUV/CUV market forward – Honda HR-V, Mazda CX-3, for example – aren’t guzzlers by any means.

But new product could help. Honda is prepping the launch of a thoroughly reengineered Civic, the tenth-generation of the car that’s been Canada’s top seller in each of the last 17 years, the car that’s already secured an 18th consecutive victory with three months remaining in 2015. A more efficient, roomier Civic with more eye-catching styling (like it or not) may well provide a boost to the nameplate which generates 8.5% of all car sales in Canada.

medianet_width=’468′; medianet_height= ’60’; medianet_crid=’481536334′;
Speaking of new product, this list of cars sold in Canada grew by one model in September with the arrival of the Scion iM. 254 copies of the iM were reported sold by Scion’s parent company, Toyota.

Reminder: these are year-to-date rankings, but you can sort cars by September 2015 volume by clicking the September 2015 column header, or you can rank them by improvements or declines using the % columns.

Source: Automakers & Global Automakers Of Canada & ANDC
* Italicized unranked lines are nothing more than available breakdowns, already included in the model’s total, not in addition to the model’s total.
² Total Prius Family sales:  down 1% to 590 in September; up 5.5% to 5756 YTD.
† Mini Cooper includes sales of the Hardtop, Convertible, Clubman, Coupe, Roadster, and Paceman.
‡ Total Genesis sales: down 6.3% to 210 in September; down 18.7% to 2013 YTD.
¤ Automakers release sales figures for the E-Class and CLS-Class together and the Passat and CC together.
º Audi’s A4 sales data includes sales of the Allroad.
Sales data for brands such as Bentley, Ferrari, Lamborghini, and Rolls-Royce are unfortunately not broken down by model. estimates say sales for those brands in the first nine months of of 2015 were 104, 162, 90, and 58, respectively. Total Maserati volume is reported, but not by specific models. It is believed that Tesla sold 1289 copies of their Model S during the first eight months of 2015.