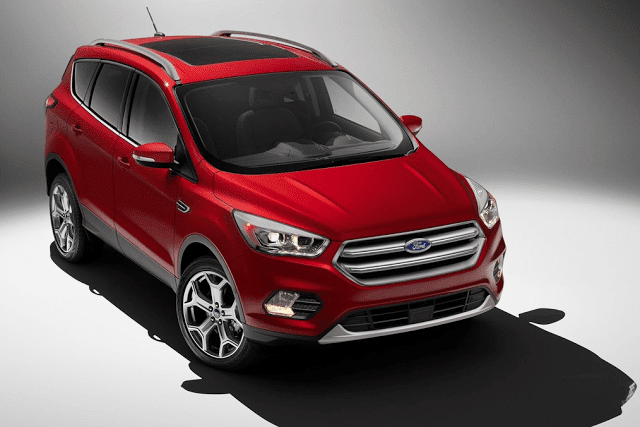 Canada’s top-selling utility vehicle, the Ford Escape, continued to lose buyers and market share in October 2015, but the overall SUV/crossover market exploded for a 21% year-over-year increase.
Canadians registered 11,000 more SUVs and crossovers in October 2015 than in October 2014 as the overall auto industry grew by 8000 sales. Through the first ten months of 2015, SUV/crossover sales have grown by 62,000 units in a market that’s expanded by 43,000 sales.

The top-selling Ford Escape, however, has seen its market share in the SUV/crossover category fall from 8.8% in the January-October period of 2014 – a record-setting year for the Escape – to 7% in 2015.
The Escape’s lead over the next-best-selling Toyota RAV4, at 4848 units, is nevertheless insurmountable. The 2017 Escape, pictured above, was revealed last week at the Los Angeles Auto Show with new engines and a new face.

A closer race is taking place between the Audi Q5 and the second-best-selling premium brand utility vehicle, the Acura RDX. The Q5 finished October only 12 sales ahead of the Lexus NX, but through ten months of 2015, the Acura RDX is only 482 sales back of the Q5.

Reminder: these are year-to-date rankings, but you can sort vehicles by October 2015 volume by clicking the October 2015 column header, or you can rank vehicles by improvements or declines using the % columns. 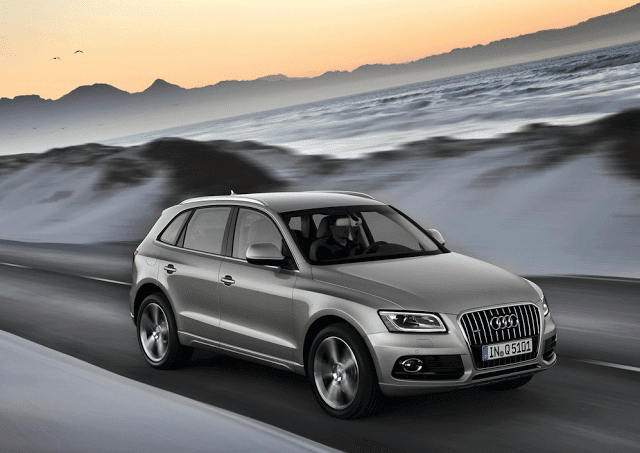 Source: Automakers & Global Automakers Of Canada & ANDC
* Italicized unranked lines are nothing more than available breakdowns, already included in the model’s total, not in addition to the model’s total.
³ Total Santa Fe sales: up 0.9% to 28,067 YTD, up 6.8% to 3035 YTD.
º Land Cruiser is a commercial vehicle in Canada.
Rather than listing the 500L with the Mini Countryman in these SUV/crossover rankings, it’s with cars in large part because it is not available with all-wheel-drive. The placement of numerous crossovers often prompts disagreement, but consider the vehicle type’s name: crossover. By its very definition, it crosses over from one category into another. The very act of calling, for example, the Toyota Venza a car or a utility vehicle requires ignorance of the fact that the Venza (or Outback, Crosstour, Encore, Countryman, 500L) is a square peg that can’t be squeezed through a round hole.