During a month in which the Chrysler 200 led all midsize cars in terms of Canadian sales volume, Dodge Dart sales slid 14% to just 549 units. 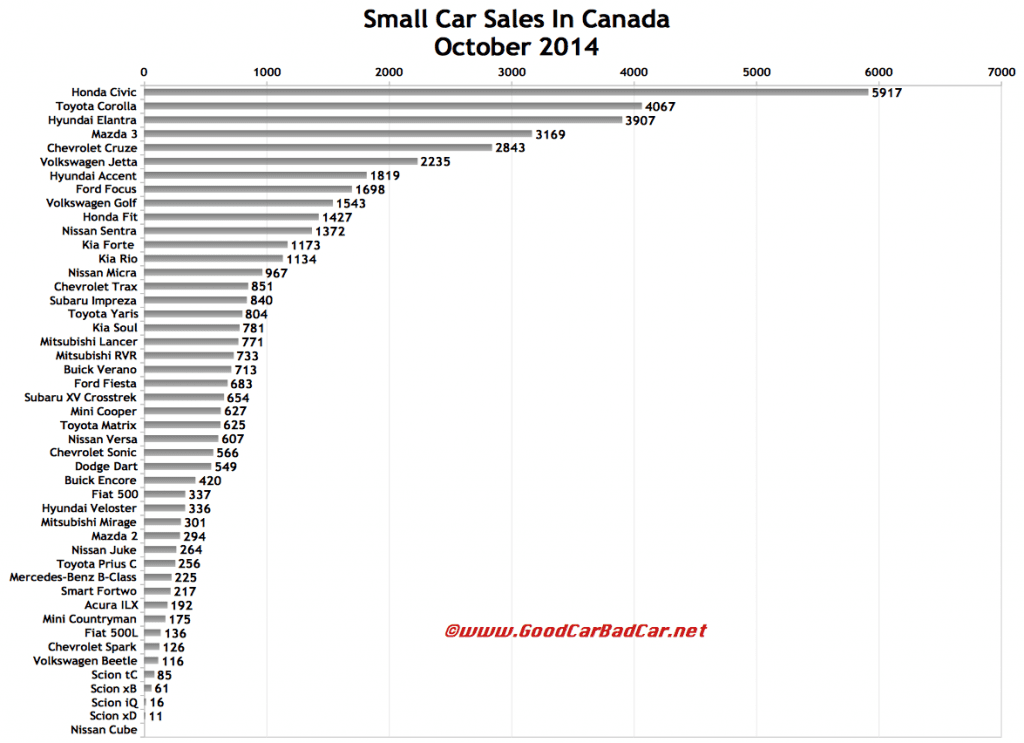 This tells two stories. The first? Chrysler 200 sales are strong because it’s a nice new car, but also because it’s priced ridiculously low. Really, truly, very low. Second? The 200 clearly eats into the Dart’s territory, not that the Dart has ever been capable of broadly expanding its borders.

In a category where the class-leading Honda Civic averages more than 5700 monthly sales in Canada, Dodge has only sold more than 1000 Darts on six occasions in the 29 months in which its been on the market, and only once this year.

Yet the Chrysler Group was Canada’s largest seller of automobiles in October 2014, ahead of the Ford Motor Company, General Motors, Toyota, and Hyundai-Kia. Pickup trucks, SUVs, crossovers, and minivans accounted for 84% of the company’s sales last month. Cars, including the Civic and surging Fit – Canada’s second-best-selling subcompact in October – bring in two-thirds of the Honda brand’s volume.