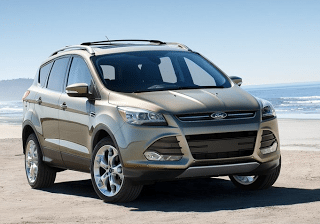 That alone is enough to cause a significant uptick in industry-wide volume, unless the remaining lower-volume automakers tumbled.

For the most part, they didn’t.

With a great deal of positive results from the majority of automakers, Canada’s auto industry was up more than 7% in October 2013. That follows a 4% YOY increase in September and a 6% increase in August.

Don’t like to see automakers arranged alphabetically? Click column headers to sort automakers by October ranking, October 2013 sales, year-over-year change, or any other order. You can always find historical monthly and yearly sales figures for any brand by clicking the brand name in the table below or by selecting a make (or model) at GCBC’s Sales Stats page. The + icon has been removed from year-over-year improvements. Look for red font to designate year-over-year declines.

Source: Automakers, AIAMC, Desrosiers & ANDC
Red font indicates declining year-over-year volume
* Does not include Lamborghini
* Mercedes-Benz figures include Sprinter. Without the Sprinter, Mercedes-Benz sold 2882 vehicles, up 28.9% in October; and 25,951 through ten months, up 4.7%.

Through just ten months, Ford Canada has already sold 106,861 F-Series pickups, more than Ford managed in all of last year. Remember, 2012 was a record year for F-Series sales in Canada.

GM Canada reported an 18% increase in truck sales and an overall 10% increase compared with October 2012. GM volume was strong enough to outsell the Chrysler Group, as Fiat sales aren’t growing at an appropriate rate (considering the expanded model range) and gains at Ram were slight.

Porsche generated an astonishing 67% of its November volume with the company’s Cayenne SUV. Nissan Canada’s gains continued to be fueled in large part by the departing first-generation Rogue, which was up 24%. The Rogue was Nissan’s second-ranked model behind the Versa. Rondo and Soul sales jumped but Kia reported yet another year-over-year increase, the tenth this year.

Subaru Forester sales doubled, driving brand-wide sales up 18%. Honda’s Civic outsold the Hyundai Elantra by 2831 units, and Honda sales rose 19%. Acura sales slid 19%, however, as the ILX and TSX were down 61% and 76%, respectively. Although positive results were posted by the Sonata, Santa Fe, and Accent, overall Hyundai sales slid 5%. Toyota’s Lexus brand reported its third straight record month, generating two-thirds of its volume with the IS and RX.