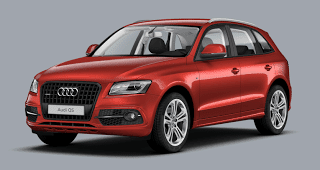 The Volkswagen Tiguan was Canada’s 22nd-best-selling SUV or crossover in October 2012. The BMW X3 only missed the top 20 by 19 sales. Audi Canada, however, sold more than 600 Q5s in a single month for the first time. Finding 629 Q5 buyers in October was good enough for the gorgeous Audi crossover to end October as Canada’s 20th-best-selling utility vehicle, ahead of the X3 but behind the Kia Sportage.

117 of the Toyota Highlanders sold in Canada last month were hybrids. 71 Lexus RX450h hybrids were sold, along with 622 RX350s. Ford suffered a year-over-year Explorer decline for the first time since March. That drop, combined with the Jeep Grand Cherokee’s 3% increase, was more than enough to drop the Explorer from September’s 11th spot to 16th. Meanwhile the Jeep rose from 15th to 12th.

As will always be the case in the future, historic brand and corporate totals (monthly and yearly going back to 2004) are now available through the dropdown menu at GCBC’s Sales Stats page, along with results for more than 260 currently sold vehicles. That’s where you’ll find out that Ford sold 18 times more Explorers in the U.S. last month than in Canada, despite the fact that the U.S. market was only eight times the size.

Ford sold more Escapes in October than Dodge and Chevrolet sold Journeys and Equinoxes combined. All three Americans recorded year-over-year increases in October. All three are trailing last year’s pace. All 20 of Canada’s best-selling SUVs and crossovers in October 2012 are ranked below. Pertinent links are clickable at the bottom of this post.