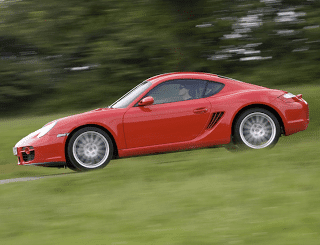 While forgiveness is owed the Porsche Cayman for its poor sales performance this year, even the dawn of a second-generation Cayman is unlikely to provide great assistance to Porsche Canada.

Incidentally, during the Cayman’s best year ever, its first year on sale, it only accounted for 15.4% of all Porsche Canada sales. (That same year, 2006, was the Cayman’s best U.S. sales year on record and it accounted for 20.5% of Porsche USA sales.) As you gratefully recall, the Panamera wasn’t part of Porsche’s lineup in 2006, and the Cayman represented 25% of all Porsche nameplates.

If in its best ever year the Cayman was responsible for significantly less than its fair share of Porsche sales, does the new Cayman have a chance at pumping out Boxster-like volume? It seems unlikely. However, Porsche will likely sell more than one new Cayman in November 2013, and the company should have no trouble outselling its own November 2011 Cayman total, too.

This foreword leads us to Canada’s 10 worst-selling cars in November 2012. The Cayman was the worst, indeed, whether you’re measuring by poor total sales or by year-over-year decrease. This isn’t surprising. Dealers have been waiting for the new Cayman for months and have hardly had any Caymans to sell while waiting.

Fortunately for Nissan (and Porsche), other models picked up most or all of the slack. Porsche sold 156 more vehicles in November 2012 than in November 2011, a 164% year-over-year jump. Nissan sales fell 8.1% in a year in which sales are down 2.5%, but new models like the Pathfinder and Sentra reported huge increases. All brands were ranked by total November volume a week ago.

Canada’s worst-selling vehicles in November 2012 are ranked three different ways in the tables below. Historical monthly and yearly sales figures for any of these models can always be found by accessing GCBC’s Sales Stats dropdown menu.