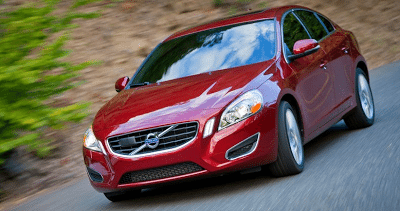 Is this because the 3-Series is such a wild success? Well, it is. But this year, 3-Series sales in Canada are actually down 2%. Car sales at Acura are up 5%; Lexus car sales are up 21%. Infiniti car sales are down 15% even as the brand is up 17%. Thank the JX35, which accounted for 36% of Infiniti Canada volume in November 2012.

Nissan’s premium Infiniti division has struggled to sell cars in Canada for the last couple of years. Sales of the G sedan, coupe, and convertible fell 18% to 3603 units in 2011. Infiniti M sales slid 35% to just 408 in 2011. This year, G25 and G37 sales are down 14%; M sales are down 23%.  The Infiniti G still outsells the the Acura ILX and TSX and every Lexus car variant. Infiniti’s M doesn’t really outsell much at all: it’s Canada’s 216th-best-selling vehicle and Infiniti’s least popular model.

All this talk of Infiniti brings us to a new subject, that of nomenclature. Infiniti will be following a new naming process for new models and renaming all its current models. Basically, the G sedan will become the Q50, and the Q numbers rise by ten points from there. Unless it’s an SUV or crossover, in which case it’s a QX. Just keep a close watch on this image and you’ll be fine.

As always, you can click any model name in the tables visible after the jump to see historical monthly and yearly sales figures. Or you can select any make or model at GCBC’s Sales Stats home. Any vehicle you can’t find tabled here will be listed elsewhere – you can select from segments like small luxury SUVs and midsize cars at GCBC’s The Tally page.

Click either of the accompanying charts for a larger view. In those charts, cars are ranked by volume – they’re listed alphabetically in the tables below.