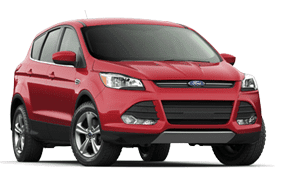 Sales of Canada’s most popular SUV skyrocketed in November 2012. The Ford Escape reached a peak of 44,248 units in 2011 but is on track to surpass that figure this year, in large part because of the 47% jump in November. That 1221-unit gain pulled the Escape 10,000 units away from the second-ranked Honda CR-V on year-to-date terms.

As it did in the U.S., the new Pathfinder helped Nissan land a second vehicle on this list of Canada’s 20 best-selling SUVs and crossovers. Pathfinder sales jumped 505% in November 2012. The Rogue fell 19.5% to 960 units, nearly 300 out in front of the Pathfinder.

Canada’s best-selling premium brand SUV in November was the Audi Q5. The smaller Audi crossover finished November 104 sales ahead of the 20th-ranked Lexus RX. 50 of the RX’s 579 November sales were RX hybrids. RX350 sales slid 1.1% to 529. Toyota sold 126 Highlander Hybrids in November, up 16% year-over-year. The gas-fired Highlander is up 21.5% to 5248 sales through the first eleven months of 2012. GM’s twins ranked sixth and ninth; together they outsold the third-ranked Hyundai Santa Fe.

GoodCarBadCar published a list of Canada’s best-selling passenger cars earlier this evening. Brands were ranked by total volume on Monday.

The 20 vehicles below were Canada’s most popular SUVs and crossovers in November 2012. Access historical monthly and yearly sales figures for any of these nameplates at GCBC’s Sales Stats home.