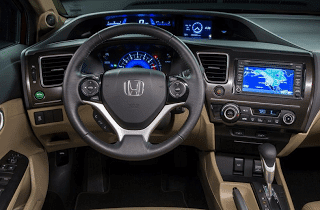 Canada’s new vehicle market posted a 4% improvement in November 2012, gains which could have been much greater were it not for the losses posted by some of Canada’s best-selling models. Dodge’s Grand Caravan fell 3.2%, or 112 units. Dodge’s Ram P/U, Canada’s second-best-selling vehicle, fell 2.4%, or 129 units.

For the Hyundai to have overtaken the Civic, Elantra sales would have had to jump 72%. That didn’t happen. And despite its 26% drop, the Honda Civic easily ended November 2012 as Canada’s best-selling car while expanding its year-to-date lead to 10,528 units. Oh, and an updated 2012 model goes on sale soon.

The Kia Rondo and Chevrolet Orlando landed on Canada’s list of the 20 best-selling cars for the second consecutive month. Typically, minivans are only eligible for Canada’s best-selling vehicles list. But the Orlando and Rondo aren’t so easily classified. If you don’t want to consider the two Mazda 5 alternatives as passenger cars, the next-best-selling cars in November were the Subaru Impreza, Mercedes-Benz C-Class, and Dodge Dart.

Below, Canada’s 20 best-selling vehicles in Canada are listed by November 2012 volume. As, always, you can access historical monthly and yearly sales figures for all these vehicles through GCBC’s Sales Stats home.

Source: Manufacturers & ANDC
Red font indicates year-over-year declining sales
Rondo and Orlando have been offered entry. The Grand Caravan (3350 sales) and other true minivans were not.