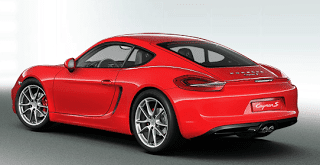 Porsche accounts for approximately 0.2% of Canada’s overall new vehicle market, yet it earns a much higher percentage of ink in the automotive press. And here’s another example of that odd outcome.

Porsche sold just 251 vehicles in Canada in November 2012. Little tiny Fiat sold 58% more vehicles in what was a low month for the Italian city car brand. But Porsche has sold more vehicles this year than in any other month in the company’s Canadian history. And November 2012 sales at Porsche Canada jumped 164% compared with November 2011. Porsche sold 52 diesel Cayennes, 155 Cayennes in total, a 210% year-over-year improvement. Boxster sales shot up 667% to 23 units. 911 sales rose 63%. Sales of the Panamera were up 156%.

Porsche is a brand many people love and many others love to hate, but only a handful of auto enthusiasts are convinced that Porsche isn’t worthy of their respect.  And so here we are talking extensively about a brand that sells relatively few vehicles in Canada because it’s the producer of the iconic 911, two mid-engined sports cars, one of the sportiest SUVs on the market, and a controversial high-end hatchback.

Meanwhile, tens of thousands of other cars, most of which are lower in profile, found Canadian buyers in November 2012. Other than Porsche’s huge improvement, the biggest year-over-year gain belonged to Subaru, which recorded a 35.5% jump. No brand fell harder than Lincoln, although Volvo, Jaguar, BMW, and Suzuki all took pretty big hits on a percentage basis.

Toyota, Honda, Chevrolet, GMC, Nissan, Ram, and Jeep were the biggest brands to post year-over-year declines. Ford was Canada’s best-selling brand, as alwyas, and with a 9.5% jump, sold 1656 more Blue Oval vehicles than at this time last year. Hyundai, however, reported an even better 1684-unit jump.

Brands are ranked by total November 2012 volume in the table below. Model-specific figures are available through the dropdown menu at GCBC’s Sales Stats home or, for non-mobile users, near the top right of this page. The U.S. version of this post was published earlier.