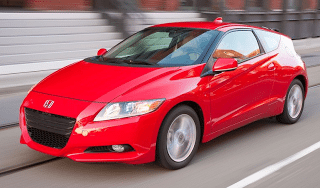 Canada’s auto sales situation continued to improve in February as the market, through two months, is up 13%. As the Ford F-Series, Dodge Ram, and Honda Civic go, so goes the Canadian new vehicle market?

That’s a fairly accurate statement. Let’s assume for a second that everything else remained the same and 157,711 non-F-Series/Rams/Civics were sold in the first two months of 2012, just as there were in the first two months of 2011. But let’s assume F-Series sales rose 21%, Ram sales improved 14%, and Civic sales jumped 110%, which is exactly what happened. With those significant gains made by just three vehicles, Canada’s new vehicle market – all else remaining equal, remember – would have climbed 4.3%. Just with the gains made by three vehicles.

Those three vehicles, Canada’s two best-selling trucks and the country’s best-selling car, accounted for 15% of all new vehicle sales in January and February after being responsible for 12.7% of all new vehicle sales during the same period of last year. Civic sales were much, much weaker, a year ago, but that’s not to take away from significant year-over-year increases reported by the Ford and Ram pickup trucks.

Elsewhere in these massive rankings of every new vehicle sale in Canada so far this year you’ll find that the Fiat 500 is 37 spots ahead of the Mini Cooper, the Dodge Durango is out-selling the Honda Accord, the Ford Taurus and Range Rover Evoque are equally popular, and the Hyundai Equus is out in front of the Honda CR-Z. There’s much more to it than that, and you can skip past the top 30 to the smaller portion of the market by clicking past the jump.

You can always find monthly and yearly data for each and every model on sale in North America by accessing the first dropdown menu at GoodCarBadCar’s Sales Stats home.. GoodCarBadCar always updates monthly best seller lists as soon as manufacturers make info available. This exhaustive new form of rankings goes back as far as the 2011 year end numbers and will be updated with year-to-date figures on a monthly basis.