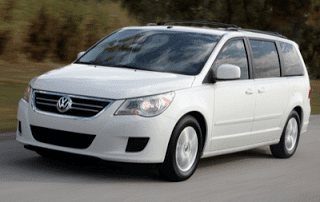 It’s a race for second place, but the race among those potential second-place finishers has brought them closer to the leading Dodge Grand Caravan than it did a year ago.

Toyota sold fewer than 12,000 Siennas in Canada in all of 2012. Dodge will sell that many Grand Caravans by… right about now. Three-and-a-half-months in to 2013.

Overall minivan sales are way, way down in Canada this year. Along with the Kia Rondo’s dive (in advance of the new model’s arrival), sales of the competing Chevrolet Orlando and Mazda 5 have tanked.

Among higher-volume vehicles, the Grand Caravan and Sienna are both selling significantly less often than last year. Of the 18,936 minivans sold in Canada in 2013, 64% have been Chryslers or Dodges. But the market is down 12% from the 21,524 vans sold in the first three months of 2013.

You can click any model name in the table below to find historical monthly and yearly Canadian sales data. You can also select a make and model at GCBC’s Sales Stats page. The table is now sortable, so you can rank Canada’s minivans any which way you like. Suggestions on how GCBC should break down segments can be passed on through the Contact page.