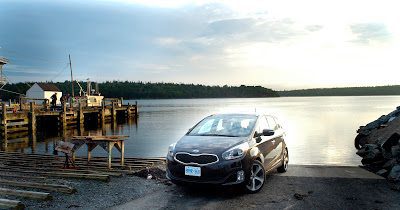 No matter the summertime growth being experienced by Canada’s best-selling car, or the flourishing Canadian pickup truck market, or the improvements recorded by the vast majority of automakers competing in Canada. The minivan market is shrinking.

The appetite Canadians had for the Chevrolet Orlando has all but disappeared. Mazda 5 sales have declined in 27 of the last 32 months. The refreshed Kia Sedona has returned from its brief time off, but it’s selling less often now than it did before it left. The Volkswagen Routan is dead.

And the Dodge Grand Caravan is down 15% this year, a huge hit worth 5745 lost sales.

Exclude, for a moment, the trio of smaller vans, the true minivans of the group: Orlando, 5, and Kia’s Rondo. The remaining seven maxi-minivans fell 2.5% in August 2013, as opposed to the 3.3% decline reported by the whole category. (The three minivans were collectively down 7.4% thanks to the Orlando’s worst-selling status.)

Year-to-date, the seven maxi-minivans are down 2.6%, while the three properly minivans are off last year’s pace by 26.3%, even though Kia Rondo volume has risen 15%.

With the Town & Country grabbing second spot, Canada’s two top minivans were Chrysler/Dodge twins. They owned 59% of the market in August; 62% so far this year.

You can click any model name in the table below to find historical monthly and yearly Canadian auto sales data. You can also select a make and model at GCBC’s Sales Stats page. This table is now sortable, so you can rank minivans any which way you like. Suggestions on how GCBC should break down segments can be passed on through the Contact page.