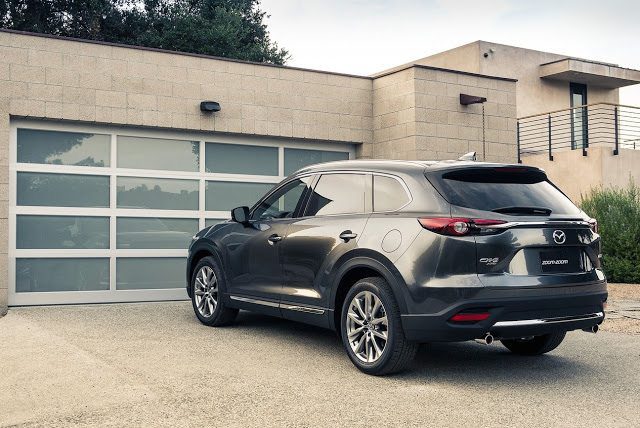 Given the overall new vehicle market’s slowdown in May 2016, caused in part by an abbreviated sales month, Canadian sales of small SUVs and crossovers were rather healthy, rising 4% despite the market’s downturn.

Year-over-year, all the aforementioned nameplates increased by at least 20% in May 2016.

The Ford Explorer’s big May – and the Toyota Highlander’s 1% drop – means the Ford is now within 34 units of catching the Highlander in the three-row SUV sales race. Ford’s three-row numbers have been strengthened of late by big Flex sales figures. 1255 Flexes were sold in the March-May period, up 84% from 682 one year ago.

Meanwhile, at Ford’s former Mazda partner where the first-generation CX-9 shared much with Ford Motor Company vehicles, the second-generation CX-9 arrived at dealers at the tail end of May and generated the nameplate’s best-ever May results.

At only 308 May sales, the CX-9 was a relatively rare sight in comparison with the Explorer, Highlander, and Santa Fe XL. But we expect the new CX-9 to become a far more common sight over the coming months. And we’ll review one soon.

Source: Automakers & Global Automakers Of Canada
* vehicle also displayed in another GCBC segment breakdown
^ Total Santa Fe volume: down 12% to 3089 in May; up 0.5% to 13,943 YTD.
GCBC isn’t here to break down segments, an impossible task for any group, but to display sales data for the sake of comparison. The more ways sales data can be displayed, the better. This explains why you’ll see the Wrangler and Xterra listed with small SUVs, too, and the Subaru Outback shown with mainstream cars… because readers have wanted it both ways. You can always find the sales results for EVERY vehicle and form your own competitive sets by using the All Vehicle Rankings posts.