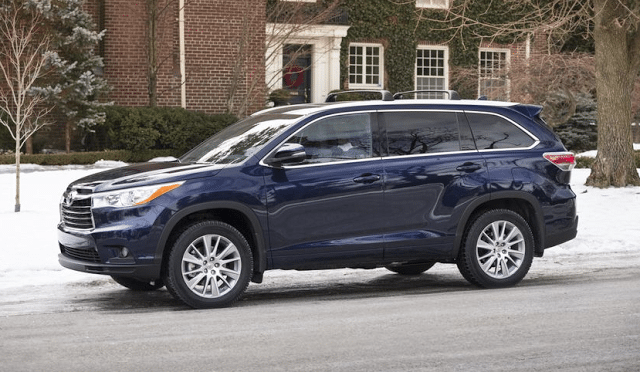 Meanwhile, GM’s trio of full-size Lambda platform crossovers, faced with age and absent the steady popularity they’ve established south of the border, slumped 6% to 580 units, more than the Pilot but less than the other four aforementioned utilities.

Canadians nevertheless have a tendency to accept smaller, two-row utilities. Not only do vehicles like the Hyundai Santa Fe Sport, Nissan Murano, and Ford Edge – tweener-sized CUVs – sell more often in Canada than three-rows like the Explorer, Highlander, and Pilot.

But the market share produced by small utilities like the Ford Escape, Toyota RAV4, and Nissan Rogue is particularly strong in Canada: eight points better than the 42% they achieve in the U.S.

These tables are now sortable, so you can rank midsize SUVs and crossovers any which way you like. Suggestions on how GCBC should break down segments can be passed on through the Contact page.

Source: Automakers & Global Automakers Of Canada
* vehicle also displayed in another GCBC segment breakdown
^ Total Santa Fe volume: up 14.8% to 1836 in January.
GCBC isn’t here to break down segments, an impossible task for any group, but to display sales data for the sake of comparison. The more ways sales data can be displayed, the better. This explains why you’ll see the Wrangler and Xterra listed with small SUVs, too, and the Subaru Outback shown with mainstream cars… because readers have wanted it both ways. You can always find the sales results for EVERY vehicle and form your own competitive sets by using the All Vehicle Rankings posts.