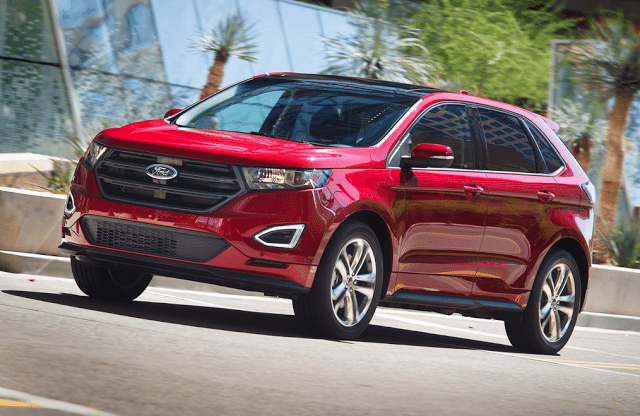 Canadian sales of numerous three-row crossovers increased dramatically in October 2015, although the overall “midsize” SUV/crossover category increase was dragged down by sharp declines from a couple of two-row alternatives.

Larger than small SUVs like the Ford Escape, Canada’s best-selling SUV, but lacking a third row of seating, the Ford Edge and Jeep Grand Cherokee tumbled 33% and 31%, respectively, a combined loss of 904 Canadian sales.

There were a few significant three-row decreases, as well. Buick Enclave volume dropped by a third, the GMC Acadia tumbled 22%, and Mazda CX-9 volume was chopped in half.

On the flip side, the Ford Explorer posted a 33% gain, an increase that was joined by the Honda Pilot’s 42% uptick, the Hyundai Santa Fe XL’s 31% jump, and a 28% Toyota Highlander improvement.

We reviewed the excellent new, third-generation, 2016 Honda Pilot last month but experienced a few glitches. As great as the current Toyota Highlander is, we also had a couple of issues with our test vehicle nearly two years ago. Meanwhile, as antiquated and outdated as the Chevrolet Traverse can now feel, our test of the Traverse resulted in nothing out of the ordinary, aside from exceptional fuel economy.

Source: Automakers & Global Automakers Of Canada
* vehicle also displayed in another GCBC segment breakdown
^ Total Santa Fe volume: up 6.8% to 3035 in October; up 0.9% to 28,067 YTD.
GCBC isn’t here to break down segments, an impossible task for any group, but to display sales data for the sake of comparison. The more ways sales data can be displayed, the better. This explains why you’ll see the Wrangler and Xterra listed with small SUVs, too, and the Subaru Outback shown with mainstream cars… because readers have wanted it both ways. You can always find the sales results for EVERY vehicle and form your own competitive sets by using the All Vehicle Rankings posts.