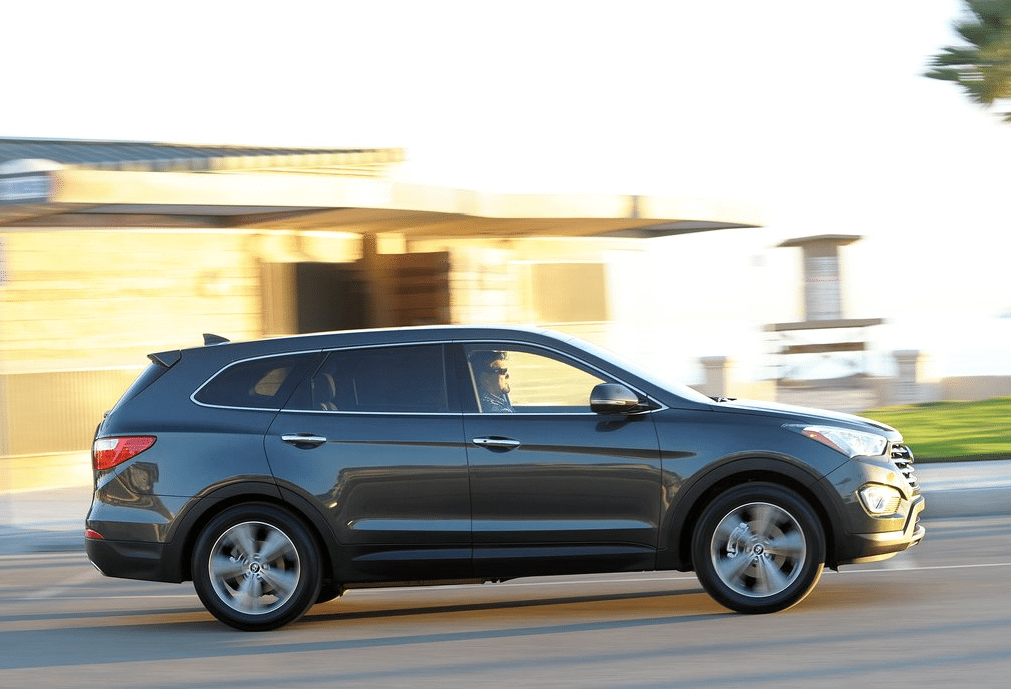 GM Canada sold 1224 copies of their full-size Lambda-platform crossovers in October 2014, a 32% year-over-year increase as the Enclave jumped 28%, Traverse sales were up 19%, and Acadia sales shot up 44%.

Big gains were were produced by few other three-row utility vehicles last month. The Hyundai Santa Fe XL rose 38% to 429 units, but Toyota Highlander volume slid slightly and the aging Honda Pilot was down 11%. Dodge Durango sales, up 48% this year, slid 32% in October.

The Ford Explorer continues to be Canada’s leading three-row utility vehicle, but sales of tweener-sized two rows like the Ford Edge (soon to be replaced) and Hyundai Santa Fe Sport are far stronger.

Source: Automakers & ANDC
* vehicle also displayed in another GCBC segment breakdown
^ Total Santa Fe volume: up 26% to 2843 in October; up 12.3% to 27,824 YTD.
GCBC isn’t here to break down segments, an impossible task for any group, but to display sales data for the sake of comparison. The more ways sales data can be displayed, the better. This explains why you’ll see the Wrangler and Xterra listed with small SUVs, too, and the Subaru Outback shown with mainstream cars… because readers have wanted it both ways. You can always find the sales results for EVERY vehicle and form your own competitive sets by using the All Vehicle Rankings posts.