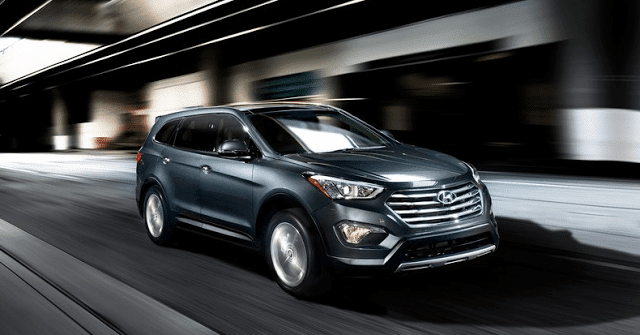 The Hyundai Veracruz, in its best Canadian sales year, attracted 1981 buyers. That year, 2012, was the Veracruz’s second consecutive year of growth, a brief streak Hyundai Canada also achieved in 2008-2009.

The Veracruz has been replaced by a stretched Santa Fe, a vehicle called the Santa Fe XL in Canada. In just eight months, Hyundai Canada has already sold 2602 Santa Fe XLs, 31% more than what Hyundai managed with the Veracruz in its best year.

By that yardstick, the Santa Fe XL has been a hit. In October, it also outsold vehicles like the Buick Enclave, Chevrolet Traverse, Dodge Durango, Ford Flex, Mazda CX-9, and Nissan Murano.

Measured against Canada’s top-selling three-row-only crossovers, however, the Santa Fe XL can be considered successful, but a hit? Ford sold three times as many Explorers as Hyundai sold Santa Fe XLs in October. Nissan did the same with the Pathfinder. Both the Honda Pilot and Toyota Highlander were twice as popular.

Nevertheless, Santa Fe is no Veracruz, a fact which wiill be obvious to any one who has driven the the 26-hour route between the two cities. And the Santa Fe XL, driven and reviewed at GoodCarBadCar earlier this year, is no Hyundai Veracruz, either. True, Santa Fe XL sales were lower in October than at any time since April, but the size of the overall market was smaller than at any time since February.

You can click any model name in the tables below to find historical monthly and yearly Canadian auto sales data. You can also select a make and model at GCBC’s Sales Stats page. These tables are now sortable, so you can rank midsize SUVs and crossovers any which way you like. Suggestions on how GCBC should break down segments can be passed on through the Contact page. You’ll notice that the + icon has been removed from year-over-year increases, but you can still identify year-over-year declines with the – symbol and red font.

* indicates a vehicle that is also shown in another GCBC segment breakdown. The Liberty’s replacement, Jeep’s new Cherokee, is displayed with small SUVs/ and crossovers.
GCBC isn’t here to break down segments, an impossible task for any group, but to display sales data for the sake of comparison. The more ways sales data can be displayed, the better, right? This explains why you’ll see the Wrangler and Xterra listed with small SUVs, too, and the Subaru Outback shown with mainstream cars… because readers have wanted it both ways. You can always find the sales results for EVERY vehicle and form your own competitive sets by using the All Vehicle Rankings posts.