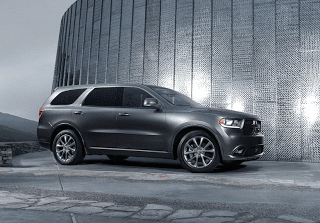 Ford sold 1154 copies of their Explorer and Flex three-row utility vehicles, a 6% increase.

Between the two-row Jeep Grand Cherokee and its three-row Dodge Durango partner, Chrysler Canada sold 1330 midsize SUVs, an 18% year-over-year increase. The vast majority of those 204 extra sales – 152 to be exact – were generated by the Jeep. Chrysler’s SUV-only brand also sold 1285 non-Grand Cherokees in November, and the sometimes-three-row Dodge Journey produced 1705 sales.

Yet while Americans make the Ford Explorer their top-selling three-row vehicle, Canadians much prefer the Dodge Grand Caravan. Oh, SUVs are an increasingly dominant force, and minivan sales are gradually weakening.

Among SUVs and crossovers which are fitted with a third row as standard equipment, November’s top seller was the Nissan Pathfinder, sales of which jumped 38%.

Source: Automakers & ANDC
* indicates a vehicle that is also shown in another GCBC segment breakdown. The Liberty’s replacement, Jeep’s new Cherokee, is displayed with small SUVs/ and crossovers.
GCBC isn’t here to break down segments, an impossible task for any group, but to display sales data for the sake of comparison. The more ways sales data can be displayed, the better, right? This explains why you’ll see the Wrangler and Xterra listed with small SUVs, too, and the Subaru Outback shown with mainstream cars… because readers have wanted it both ways. You can always find the sales results for EVERY vehicle and form your own competitive sets by using the All Vehicle Rankings posts.