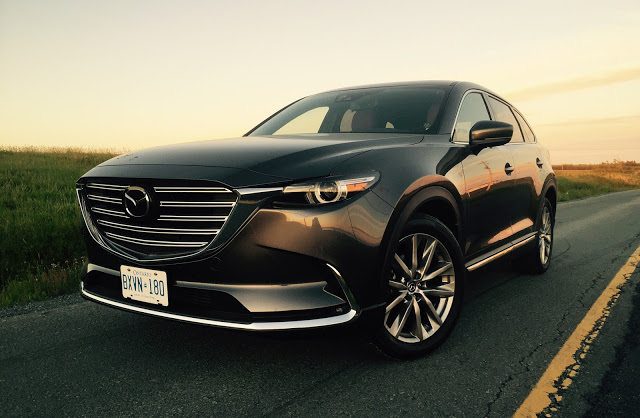 June was the best month ever for the CX-9 nameplate. After averaging 114 monthly sales between 2013 and 2015, Mazda sold 697 CX-9s in a six-week span between the latter half of May and the end of June.

This isn’t enough to make the CX-9 a top seller among three-row family crossovers from volume brands. Nor is the CX-9 about to be a top seller – Mazda simply doesn’t have the production capacity.

Indeed, six weeks can’t accurately predict the future of a nameplate. But we do see in the CX-9 how quickly Mazda can turn things around with one generation. Can they do the same with other new vehicles?

Speaking of segment leaders, no three-row SUV/crossover sells more often in Canada than the Toyota Highlander, sales of which jumped 19% in June and 26% (to 6418) in the first-half of 2016.

Even more significant year-over-year improvements were recorded in the first-half by the Dodge Durango, Ford Flex, Honda Pilot, and Hyundai Santa Fe XL.

Source: Automakers & Global Automakers Of Canada
* vehicle also displayed in another GCBC segment breakdown
^ Total Santa Fe volume: down 7.3% to 2939 in June; down 0.9% to 16,882 YTD.
GCBC isn’t here to break down segments, an impossible task for any group, but to display sales data for the sake of comparison. The more ways sales data can be displayed, the better. This explains why you’ll see the Wrangler and Xterra listed with small SUVs, too, and the Subaru Outback shown with mainstream cars… because readers have wanted it both ways. You can always find the sales results for EVERY vehicle and form your own competitive sets by using the All Vehicle Rankings posts.