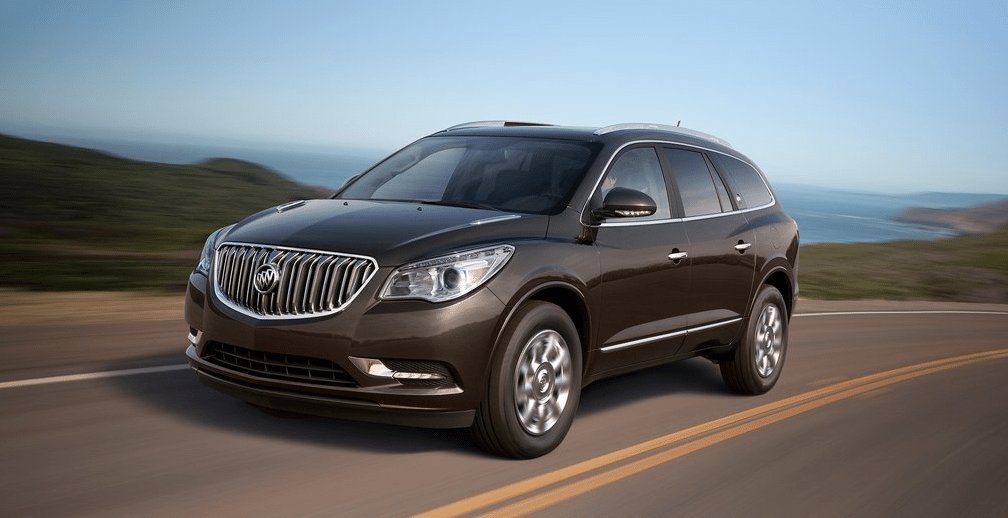 June 2014 was a dreadful month for General Motors in Canada. Year-over-year, total sales fell 15%. GM was outsold by the Ford Motor Company, the Chrysler Group, and the Hyundai-Kia tandem. In the four previous Junes, GM Canada had averaged 25,276 sales. But in June of this year, only 21,007 GM vehicles were sold.

GM’s Lambda platform trio of large, three-row crossovers is a shining example of the June decline. Although Buick Enclave sales were up 7% through the first five months of the year, sales fell 37% in June.

It’s not as though Canadians weren’t buying big crossovers in June. Extract the Acadia, Enclave, and Traverse from the equation and sales in their category improved 4%.

We don’t know if Canadian consumers have suddenly turned away from GM because of the company’s self-inflicted recall crisis. GM wasn’t the only automaker to report fewer sales in June 2014 than in June 2013 – Hyundai and Kia sales were down 6%. Nor were the trio of Lambda crossovers the only ones in their class to record losses: sales of the Honda Pilot, Jeep Grand Cherokee, and Hyundai Santa Fe XL decreased as well.

But forgetting the overall GM complex for a moment, consider the plight of dealers. They combined to sell 3700 fewer new vehicles last month than at the same time one year ago, 6876 fewer than in June 2012. True, there are fewer GM dealers competing over the company’s Canadian sales than their used to be, but GM is also selling far fewer vehicles since Pontiac, Saturn, Oldsmobile, and Hummer disappeared.

GM Canada sales in 2014 will likely amount to around half the total GM achieved in 2005. Moreover, at this moment the dealers are selling fewer copies of their more profitable vehicles: these crossovers, for example, and their pickup trucks, sales of which slid 17% in June.

You can click any model name in the tables below to find historical monthly and yearly Canadian auto sales data. You can also select a make and model at GCBC’s Sales Stats page. These tables are now sortable, so you can rank SUVs and crossovers any which way you like. Suggestions on how GCBC should break down segments can be passed on through the Contact page.

Source: Automakers & ANDC
* vehicle also displayed in another GCBC segment breakdown
^ Total Santa Fe volume: down 12.4% to 2236 in June; up 21.1% to 16,605 YTD.
GCBC isn’t here to break down segments, an impossible task for any group, but to display sales data for the sake of comparison. The more ways sales data can be displayed, the better. This explains why you’ll see the Wrangler and Xterra listed with small SUVs, too, and the Subaru Outback shown with mainstream cars… because readers have wanted it both ways. You can always find the sales results for EVERY vehicle and form your own competitive sets by using the All Vehicle Rankings posts.