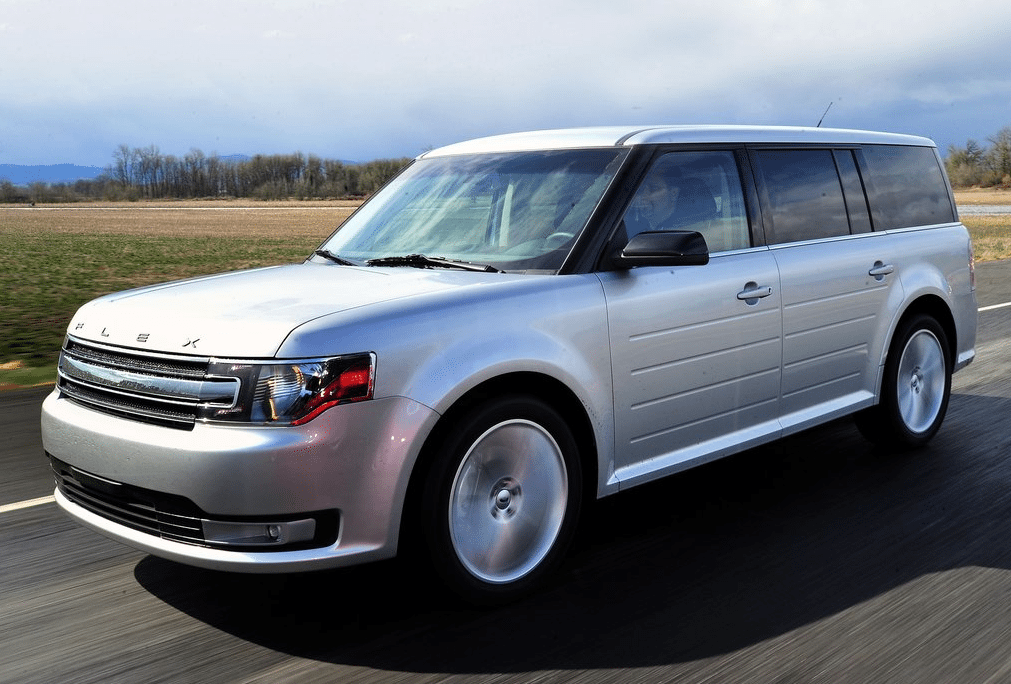 In July 2014, total GM Canada volume shot up 25% compared with July 2013, and the company’s Lambda-platform large crossovers played a role in the company’s gains.

1387 Buick Enclaves, Chevrolet Traverses, and GMC Acadias were sold last month, a 69% increase from the 821 sold in Canada in the year ago period.

Meanwhile, Ford sold 1263 Explorers plus another 422 copies of the Flex. Chrysler Canada reported only 210 Durango sales, the lowest total since December of last year, but also 1418 sales of the two-row Jeep Grand Cherokee.

Source: Automakers & ANDC
* vehicle also displayed in another GCBC segment breakdown
^ Total Santa Fe volume: down 4.8% to 2677 in July; up 16.7% to 19,282 YTD.
GCBC isn’t here to break down segments, an impossible task for any group, but to display sales data for the sake of comparison. The more ways sales data can be displayed, the better. This explains why you’ll see the Wrangler and Xterra listed with small SUVs, too, and the Subaru Outback shown with mainstream cars… because readers have wanted it both ways. You can always find the sales results for EVERY vehicle and form your own competitive sets by using the All Vehicle Rankings posts.