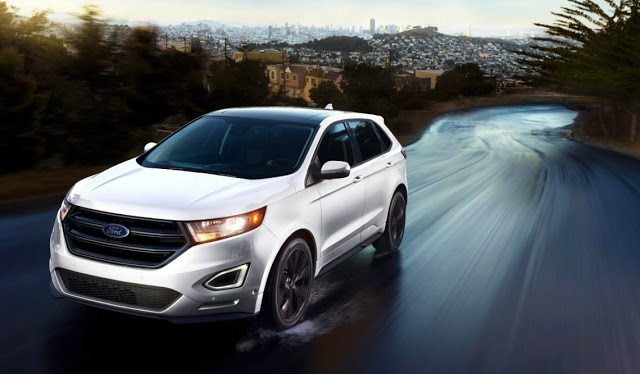 The majority of mainstream three-row crossovers posted meaningful Canadian sales gains in February 2017, with the class-leading Ford Explorer juping 41% and gains of ore than 30% reported by the Chevrolet Traverse, Dodge Durango, Ford Flex, and Mazda CX-9.

Down a semi-notch in size and price, the two-row Hyundai Santa Fe Sport tumbled 15% and Ford Edge sales slid 21%. Aside from January, when Santa Fe Sport sales dipped below 1000 units for the first time since December 2011, the 1222-unit performance from the Hyundai was its worst performance in the same time period.

For the Ford Edge, attracting only 944 buyers in February represented a 14-month low.

Among the three-row family crossovers, 2017 is a year of great change.

The new Chevrolet Traverse will arrive at dealers soon. A new Buick Enclave will be unveiled soon.

And Volkswagen’s Atlas is undergoing its media drives, with consumer editions set to hit dealers by summer. The Atlas is priced just under $36,000 before fees.