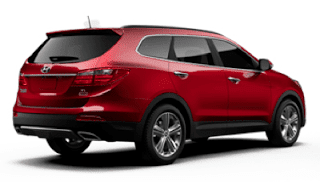 The Lambda utilities do, however, sell much more frequently than GM’s biggest utility vehicles. Buick’s Enclave, the least popular Lambda member in February, outsold the Tahoe, Suburban, Yukon, and Yukon XL by one unit last month.

Hyundai-Kia’s two bigger crossovers are priced competitively with small SUVs. And because they’re good – and rather roomy to be considered “small” – the Santa Fe and Sorento combined to outsell the Enclave, Traverse, Acadia, Dodge Durango, Ford Edge, Ford Explorer, and Jeep Grand Cherokee in February.

Are they all direct rivals? Not necessarily. But those numbers do show us where Canadian SUV buyers are spending their money: quite clearly, on smaller crossovers and crossovers which are priced like small crossovers. And on Jeep Wranglers.

You can always find historical monthly and yearly sales figures for all these SUVs and crossovers by selecting a make and model at GCBC’s Sales Stats page – you can also click a model name in the sortable tables below. Feel absolutely free to make suggestions on the way GCBC breaks down the midsize SUV/CUV category. And don’t forget that you can rearrange the order of utility vehicles below, ranking them by February or year-to-date volume, for example.