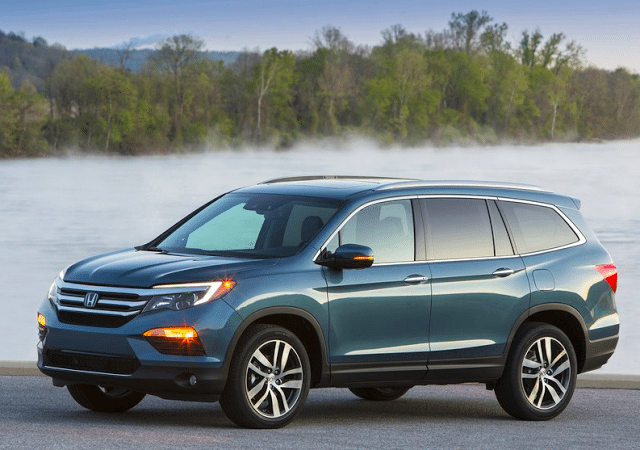 The Ford Explorer topped Canadian sales charts for three-row SUVs in crossovers in calendar year 2015 thanks to a 23% year-over-year improvement to 15,615 units.

Gains were common across the category, though the Enclave and Flex were not pulled to shore by a rising tide. Dodge Durango volume jumped 23%. A third-generation Honda Pilot boosted sales of the biggest Honda by 35%. Hyundai’s bigger Santa Fe, the XL, was up 34% to 6561 units, more than any of the aforementioned GM candidates.

Slowdowns largely affected aging vehicles which will shortly be replaced, such as the Mazda CX-5 (already revealed in second-gen form), and the Flex, which sold less often in 2015 than at any time in the nameplate’s eight-year history.

Source: Automakers & Global Automakers Of Canada
* vehicle also displayed in another GCBC segment breakdown
^ Total Santa Fe volume: up 2.4% to 33,246 in 2015; up 5.3% to 2321 in December.
GCBC isn’t here to break down segments, an impossible task for any group, but to display sales data for the sake of comparison. The more ways sales data can be displayed, the better. This explains why you’ll see the Wrangler and Xterra listed with small SUVs, too, and the Subaru Outback shown with mainstream cars… because readers have wanted it both ways. You can always find the sales results for EVERY vehicle and form your own competitive sets by using the All Vehicle Rankings posts.