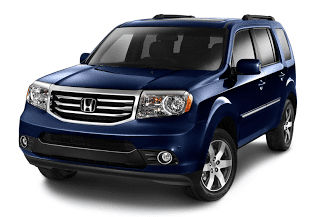 Combined sales of Toyota’s 4Runner and Highlander totalled 6912 in the first two-thirds of 2013. Highlander Hybrid sales are up 8% to 688 units this year. Hyundai’s Santa Fe tandem, the Sport and XL, combined for 19,551 sales in the first eight months of 2013. It’s more than fair to say the Santa Fe Sport is a particularly spacious small utility vehicle, and we showcase it with small SUVs and crossovers, as well.

Utility vehicles account for 28.8% of Hyundai-Kia sales in Canada but just 20.8% in the United States, where 29.9% of all new vehicle sales are generated by SUVs and crossovers. In Canada, the market derives 29.6% of its volume from SUVs and crossovers. In other words, Hyundai and Kia utility vehicles either overperform in Canada or underperform in the U.S.