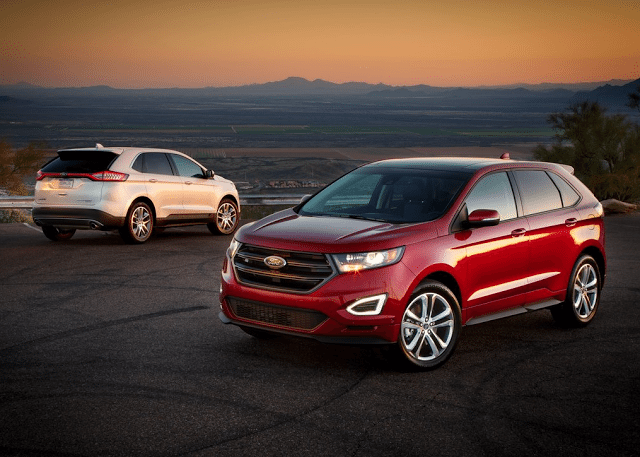 Ford is rare among automakers in Canada in that the brand offers both a small two-row SUV/CUV, a three-row crossover, and a middle-rung two-row utility vehicle to fill in the gap. Between the Nissan Rogue and Pathfinder, you’ll find the Murano, also new this year. Hyundai positions the Santa Fe Sport between the Tucson and Santa Fe XL.

Together with the Edge, those vehicles generated 5295 April sales in Canada. Their trio of larger brethren produced 2811 sales last month, barely more than half the total achieved by their smaller siblings. (Ford, Hyundai, and Nissan also sold 9712 Escapes, Tucsons, and Rogues.)

Source: Automakers & Global Automakers Of Canada
* vehicle also displayed in another GCBC segment breakdown
^ Total Santa Fe volume: down 0.7% to 3570 in April; down 4.2% to 10,364 YTD.
GCBC isn’t here to break down segments, an impossible task for any group, but to display sales data for the sake of comparison. The more ways sales data can be displayed, the better. This explains why you’ll see the Wrangler and Xterra listed with small SUVs, too, and the Subaru Outback shown with mainstream cars, because readers have wanted it both ways. You can always find the sales results for EVERY vehicle and form your own competitive sets by using the All Vehicle Rankings posts.