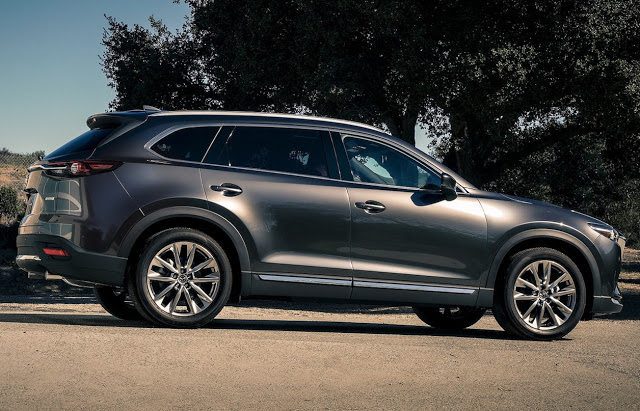 Canadian sales of the Mazda CX-9 tripled in October 2016, a year-over-year gain of 200% worth 98 additional sales for one of the newest three-row utility vehicles on the market.

Mazda has already managed to produce 2014 sales of the CX-9, the company’s flagship and most expensive new vehicle, through the first ten months of 2016. Only once, way back in the first-generation CX-9’s first-ever sales year, 2007, has the admittedly low 2000-unit mark been crested.

But the 2117-unit record set in the nameplate’s first year is sure to be broken in 2016, and likely by the end of November.

We reviewed the 2016 Mazda CX-9 back in June, giving credit to Mazda for the CX-9’s on-road behaviour, torquey engine, second row seat space, and a hugely attractive exterior design. The CX-9 nevertheless remains an outside-the-box choice for Canadian family SUV buyers who typically veer toward the Ford Explorer and Toyota Highlander.

Source: Automakers & Global Automakers Of Canada
* vehicle also displayed in another GCBC segment breakdown
^ Total Santa Fe volume: down 24.5% to 2291 in October; down 0.3% to 27,972 YTD.
GCBC isn’t here to break down segments, an impossible task for any group, but to display sales data for the sake of comparison. The more ways sales data can be displayed, the better. This explains why you’ll see the Wrangler and Xterra listed with small SUVs, too, and the Subaru Outback shown with mainstream cars… because readers have wanted it both ways. You can always find the sales results for EVERY vehicle and form your own competitive sets by using the All Vehicle Rankings posts.