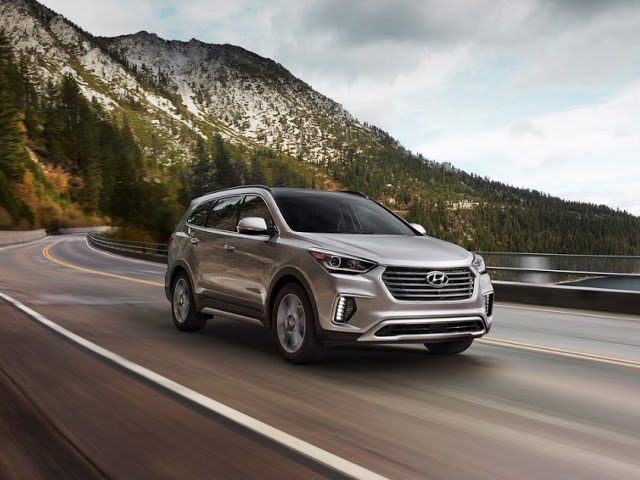 Canadian sales of the Hyundai Santa Fe XL increased for a sixth consecutive month in August 2016. Year-to-date, Hyundai has sold 6083 Santa Fe XLs and is on track for 9000 in calendar year 2016.

In the entire run of its predecessor, fewer than 10,000 copies of the Hyundai Veracruz were sold.

The Santa Fe XL is by no means the only surging three-row family crossover. Dodge Durango sales are up 66% this year – August was the Durango’s fifth month this year above 500 units. At the current rate, Fiat Chrysler Automobiles will report more than 6000 Dodge Durango sales in 2016 for the first time since 2004.

Not unpredictably, Canadian sales of the new Mazda CX-9 are on the rise in concert with the launch of the finally-here second-generation model.

CX-9 sales are twice as strong this year as last, and the biggest Mazda is on track for its best year of Canadian sales ever. Already, with four months remaining on the calendar, 2016 is the third-best year of sales since the CX-9 arrived in 2007.

Meanwhile, the segment-leading Ford Escape is down 2%, but longtime prominent players from Toyota and Honda, the Highlander and Pilot, are on the rise. The Highlander, refreshed for 2017, trails the Explorer by 738 sales with one-third of 2016 remaining.

Source: Automakers & Global Automakers Of Canada
* vehicle also displayed in another GCBC segment breakdown
^ Total Santa Fe volume: up 42% to 2954 in August; up 1% to 22,853 YTD.
GCBC isn’t here to break down segments, an impossible task for any group, but to display sales data for the sake of comparison. The more ways sales data can be displayed, the better. This explains why you’ll see the Wrangler and Xterra listed with small SUVs, too, and the Subaru Outback shown with mainstream cars, because readers have wanted it both ways. You can always find the sales results for EVERY vehicle and form your own competitive sets by using the All Vehicle Rankings posts.