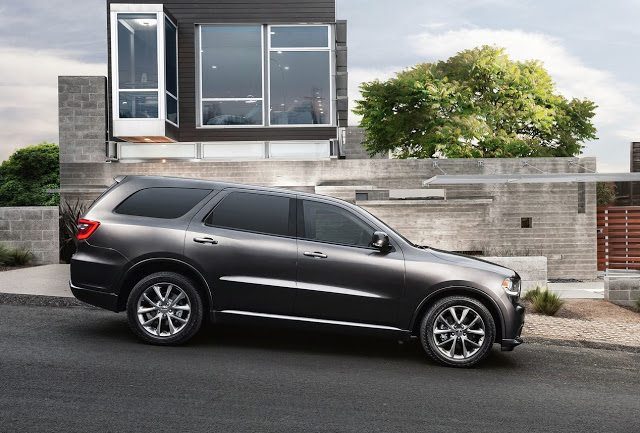 Only one-third of the way through 2016, there have already been more Durangos sold in Canada than in all of 2013.

The Durango is on track for a third consecutive year of growth and the best calendar year of sales since 2004, after which Durango volume tumbled in six consecutive years midst Chrysler Group turmoil and the Durango’s disappearance in body-on-frame form.

The Durango is still not among the outright top-selling three-row SUVs/crossovers in Canada – many of its competitors are surging, too.

But when a vehicle which averaged fewer than 230 sales from 2011 to 2015 now averages more than 600 monthly sales, there’s obviously a consequent rise up the leaderboard.

Source: Automakers & Global Automakers Of Canada
* vehicle also displayed in another GCBC segment breakdown
^ Total Santa Fe volume: up 10% to 3916 in April; up 5% to 10,854 YTD.
GCBC isn’t here to break down segments, an impossible task for any group, but to display sales data for the sake of comparison. The more ways sales data can be displayed, the better. This explains why you’ll see the Wrangler and Xterra listed with small SUVs, too, and the Subaru Outback shown with mainstream cars… because readers have wanted it both ways. You can always find the sales results for EVERY vehicle and form your own competitive sets by using the All Vehicle Rankings posts.