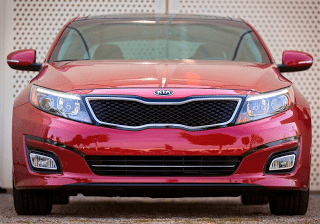 Canadian sales of midsize cars slid 6% in October 2013 as the leaders of the pack all reported year-over-year sales declines.

Although Hyundai Sonata volume is down 2% this year – and was down 5% through three quarters – sales jumped 30% in October. Hyundai will be introducing a new Sonata soon, and as the current car doesn’t seem that old or out of sync with market demands, this winter might not be a bad time to consider finding the one you want on your local Hyundai dealer’s lot.

The declines reported by the Fusion, Camry, and Accord weren’t as bad as it gets. (Granted, on a volume basis, the Fusion’s 189-unit loss was harsh.) Buick Regal sales slid 36% – the Regal competes in a slightly different pricing stratosphere compared with most of these midsize cars.

The Mazda 6, perhaps Canada’s freshest and most compelling midsize sedan, isn’t sell better this year than it did when the old model was on its way out a year ago. Indeed, the 6 was down 62% to just 210 units in October and sold just once for every seven Accords. Mazda 6 sales are down slightly through ten months, as well. It’s not as though Mazda 6 sales were particularly strong in 2012 – they were 56% off 2005’s pace.

You can click any model name in the tables below to find historical monthly and yearly Canadian auto sales data. You can also select a make and model at GCBC’s Sales Stats page. These tables are now sortable, so you can rank midsize cars any which way you like. Suggestions on how GCBC should break down segments can be passed on through the Contact page. You’ll notice that the + icon has been removed from year-over-year increases, but you can still identify year-over-year declines with the – symbol and red font.