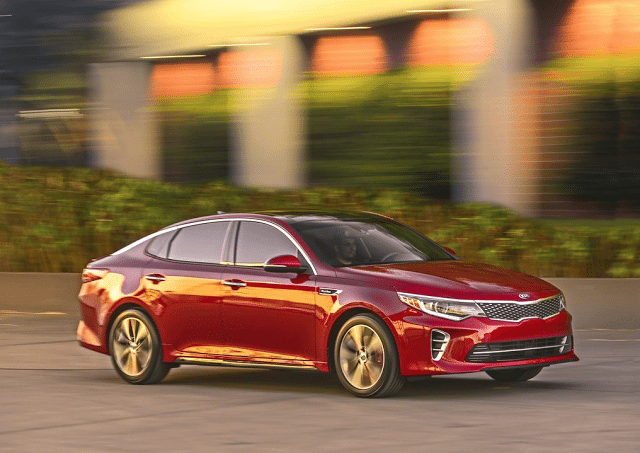 Despite a sharp 69%, 930-unit decline from the Kia Optima in May 2015, Canadian sales of midsize cars increased by a handful of units compared with May 2014.

Exclude the Optima, which is about to transition from one generation to another, and Canadian sales of midsize cars were 9% better last month than they were at this time a year ago.

Big gains from steeply discounted Detroit players (Malibu and 200) as well as the Subaru Legacy and Hyundai Sonata helped. The class-leading Toyota Camry was up 2% to more than 2000 units, making May 2015 the first 2K+ sales month for Toyota Canada’s intermediate car since May 2013.

The award-winning Mazda 6 continues to falter, and sales are down 17% this year. The Honda Accord, regarded by many to be the best midsize car available, is down 22% this year. Ford’s Fusion, typically Canada’s best-selling midsize car, is down by 1147 units over just three months. Volkswagen Passat sales are down 23%.