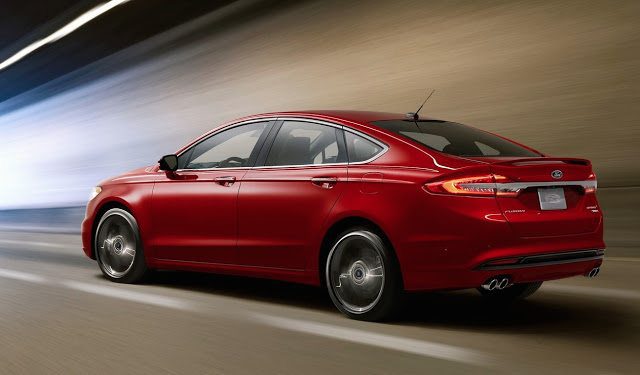 Out of sync with recent results, Canadian sales of midsize cars jumped 11% in June 2016 thanks to a huge Ford Fusion increase plus significant year-over-year improvements from the Chrysler 200 and Nissan Altima.

Fusion sales, meanwhile, rose to a 59-month high of 2440 sales, thereby carving out a 478-unit margin of victory. The Fusion was last Canada’s top-selling midsize car on an annual basis in 2014.

The Fusion was recently refreshed for the 2017 model year.

Let’s not get terribly excited about June’s radar screen blip. Midsize car sales are down 10% this year, a decline of 5446 sales due to double-digit declines from the Chrysler 200, Hyundai Sonata, Mazda 6, Subaru Legacy, and Volkswagen Passat.