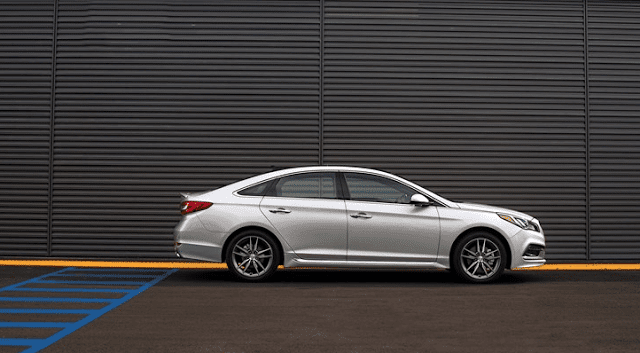 Canadian sales of midsize cars plunged 12% in February 2016, but much of the decline is attributed to the Hyundai Sonata.

Subtract the sharply declining Sonata from the equation and Canadian midsize car volume jumped 8% last month as losses reported by the best-selling Toyota Camry and the oft-discussed Chrysler 200 were more than offset by big gains from the Chevrolet Malibu, Ford Fusion, Honda Accord, and Nissan Altima.

Predictably, Volkswagen Passat sales are taking a dive, as well. The Kia Optima, released as an all-new car for model year 2016 with styling that barely distinguishes it from the outgoing Optima, is down 16% this year and fell 29% in February.

Hyundai and Kia owned 24% of the Canadian midsize market in the first two months of 2016, combining for more sales than any other individual nameplate in the category. Their market share in 2016 is down by ten points, and both the Toyota Camry and Honda Accord are attracting more buyers.