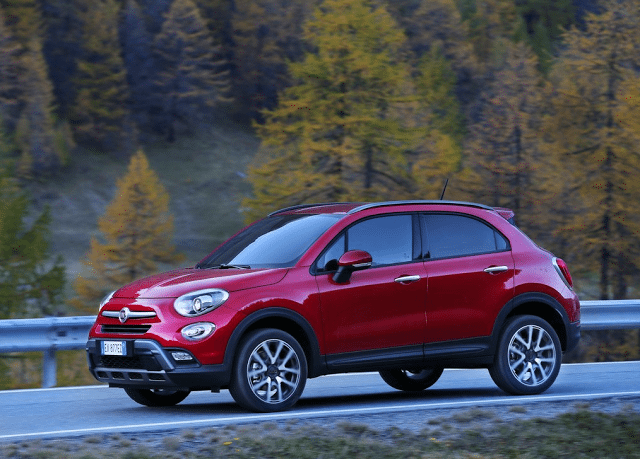 Canadian sales of SUVs and crossovers increased 11% in May 2015 and 7% through the first five months of 2015 despite decreased volume from four of the ten top-selling utility vehicles in Canada, including the best-selling Ford Escape.
May also saw the arrival of a bevy of new utility vehicles. Along with the finally replaced Volvo XC90, which generated its first second-generation sales, the Mazda CX-3 instantly generated 717 sales.

Land Rover began selling the Discovery Sport, a replacement for the LR2. Fiat’s 500X arrived, as well, and don’t judge it based on its four-sale total. Expect much bigger 500L-besting things from the 500X.Canada’s top-selling premium brand utility vehicle through the first five months of 2015 continues to be the Audi Q5, but the Audi is fewer than 100 sales in front of the Acura RDX, a direct rival.

Overall, SUVs and crossovers accounted for 34.4% of the Canadian auto industry’s volume in May 2015, up from 31.4% compared with May 2014. (Both figures would rise higher if we included tall wagons – Outback, XV Crosstrek, XC70, Venza, Crosstour – in the total, even higher if we included variants for which sales figures aren’t available: V60 Cross Country, A4 Allroad.)

Reminder: these are year-to-date rankings, but you can sort vehicles by May 2015 volume by clicking the May 2015 column header, or you can rank vehicles by improvements or declines using the % columns. Or, most importantly, you can list automakers together by selecting the SUV/Crossover column header. At any time, click the Rank column to return to the original format. If you’re on a mobile device, you may need to choose the full version of the site (at the bottom of the page) in order to use the sortable function.

Source: Automakers & Global Automakers Of Canada & ANDC
* Italicized unranked lines are nothing more than available breakdowns, already included in the model’s total, not in addition to the model’s total.
³ Total Santa Fe sales: down 3.5% to 13,872 YTD; down 1.3% to 3508 in May.
º Land Cruiser is a commercial vehicle in Canada.
Rather than listing the 500L with the Mini Countryman in these SUV/crossover rankings, it’s with cars in large part because it is not available with all-wheel-drive. The placement of numerous crossovers often prompts disagreement, but consider the vehicle type’s name: crossover. By its very definition, it crosses over from one category into another. The very act of calling, for example, the Toyota Venza a car or a utility vehicle requires ignorance of the fact that the Venza (or Outback, Crosstour, Encore, Countryman, 500L) is a square peg that can’t be squeezed through a round hole.