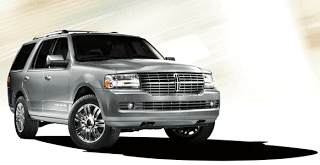 Among nameplates which haven’t yet departed for that great parking lot in the sky, Canada’s least favourite vehicles in May 2013 included multiple Lincolns, Honda hybrids, and many products which haven’t enjoyed a redesign in (obviously) too many years.

For the 22nd time in 22 months – that’s how many year-over-year comparisons we show for the CR-Z – Honda’s two-seat hatchback reported a Canadian sales decline. Honda Insight sales, which reached 217 units in May 2010, tumbled all the way to a measly three units last month.

Source: Manufacturers & ANDC
Vehicle must have been on sale in May 2013, must not have been officially cancelled by its manufacturer, and must have been showcased on manufacturer’s website in May. For the purposes of the worst sellers list, the Acura RL and RLX are being treated as one car. The rule that disallows discontinued or cancelled vehicles can lead to confusion, as manufacturers often announce the discontinuation of a model but continue to market the car indefinitely. Brands such as Ferrari, Lamborghini, Bentley, Maserati etc. do not issue model-specific monthly sales reports.