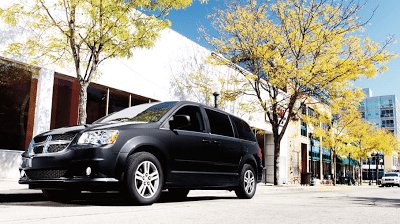 Truck Sales And Minivan Sales In Canada – May 2012

In May 2012, nearly four Canadians acquired a Dodge Grand Caravan for every one new owner of a Toyota Sienna. The Sienna was Canada’s second-best-selling minivan in May 2012, the only non-Dodge to sell more than 1000 times last month.

Not only is the Ford F-Series Canada’s dominant truck, sales of the Ford pickup line are up substantially in 2012. The overall Canadian new vehicle market has improved at an 8.1% rate this year; F-Series sales are up 15%. Better yet, F-Series sales absolutely shot through the roof in May, climbing 46% to nearly 11,000 units. It seems highly unlikely, but if F-Series sales jumped 46% again next May, Ford Canada would sell more than 16,000 full-size trucks in a single month. And if the market grew like it did this May, the F-Series would then account for 7.8% of all Canadian new vehicle sales.

Follow that? Basically, Ford is selling a lot of pickup trucks in Canada. And if F-Series sales continue to improve at this rate, Ford will be selling a wild amount of pickup trucks in the near future. Presently, an F-150 FX4 SuperCrew EcoBoost 4×4 is being marketed by Ford Canada with a $5597 Employee Pricing discount plus a $6500 Delivery Allowance discount, stripping its price from $46,299 to $34,202. You can expect to see similarly extreme discounts at GM and Ram stores.

Historical monthly and yearly sales figures for any model currently on sale can be accessed through the dropdown menu at the top right of this page or at GCBC’s Sales Stats home. After the jump you can examine May 2012 and year-to-date sales figures for every minivan and truck.

Last week, GoodCarBadCar ranked every vehicle all 251, by year-to-date volume. The F-Series is in the top spot there; the Ram second; the Grand Caravan fourth. Were the Chevrolet Silverado and GMC Sierra to be one truck, which they probably should be according to my blog at Sympatico Autos, they/it would be 3158 sales ahead of the Ram through five months.