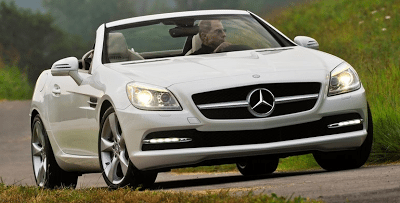 Are Porsche Boxster sales finally about to improve? Since GCBC Towers was relocated to Eastern Passage, Nova Scotia, its proximity to a major autoport made us witnesses to the unloading on Friday of countless Boxsters from the Neptune Ace. Porsche Canada sold three regular Boxsters in May 2012, two copies of the Boxster S, and one Boxster S Black Edition. Throw in another eight basic Caymans, five S-badged Caymans, two R-badged Caymans, and one Cayman Black Edition for a total of 22 sub-911 Porsche sports cars. Mercedes-Benz sold 75 SLK roadsters during the same period.

Unfortunately, Infinti Canada doesn’t break down G37 sales by bodystyle like Infiniti does in the United States. And while we’re keen to include cars like the Subaru Impreza WRX/STi, Subaru Canada doesn’t separate WRX/STi sales from sales of the regular Impreza, either. However, sales figures for the 500C, Genesis Coupe, Lexus ISC, Lexus ISF are available in Canada, but not south of the border.

Historical monthly and yearly sales figures for every model currently on sale in North America can be accessed through the dropdown menu at the top right of this page or at GCBC’s Sales Stats home. The May 2012 sales tables visible after the jump showcase the strength of the Ford Mustang, and at the low end, the Hyundai Veloster. Click either of the charts for a larger view.