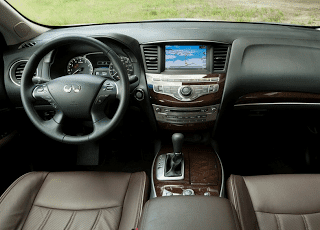 Yes, it takes three Japanese brands to outsell one of the two German giants, but the growth from 2011’s awful supply-constrained May to the month we just concluded is astounding. And while some of that growth can be attributed to the fact that the situation couldn’t have gotten much worse (year-over-year volume for Acura, Infiniti, and Lexus had fallen 27%, 37%, and 30%, respectively) there were a handful of specific vehicles which drove sales forward in May.

At Lexus, sales of Canada’s best-selling luxury crossover, the RX, jumped 35%. The RX hybrid accounted for 11% of the 660 RX sales.  In Acura showrooms, the new RDX was the brand’s second-best-selling model as sales jumped 176% to 594. And in only its second month on sale, the Infiniti JX35 became Canada’s 13th-best-selling premium brand vehicle, finishing ahead of the BMW X5, BMW 5-Series, Acura TL, and Cadillac SRX.