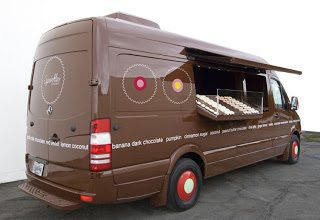 Commercial Van Sales In Canada – May 2012

It’s a hard market to break into, the Canadian commercial van segment. Canadian couriers, plumbers, electricians, and general contractors clearly feel they’ve been well-served by Ford and General Motors over the years.

Mercedes-Benz’s recommendable Sprinter, along with the new Nissan NV, accounted for just 8.3% of the Canadian commercial van category in May 2012. The two vehicles form 29% of the nameplates available.

Admittedly not all these vehicles are sold to commercial buyers. But many that do go out for personal use are often conversion vans which are turned into RVs. And judging unscientifically by the long line of Sprinters with FedEx markings at the autoport in Eastern Passage, Nova Scotia, businesses still make up the lion’s share of large van buyers, both here and in the United States.

Ford’s E-Series continues to be the best-selling vehicle in its class, outselling the GM twins by 399 units through the first five months of 2012. South of the border the Ram Cargo Van’s market share was just 1.0% in May. Here in Canada, commercial van buyers more readily approve of the mostly windowless Grand Caravan, pulling its share of the market up to 6.3%.