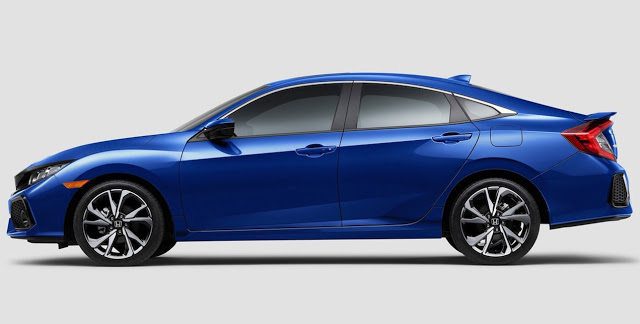 As the Canadian car market fades from view, the slowdown has stalled somewhat because of the strength of Canada’s two top-selling cars.

But aside from those two models that account for one-fifth of the car market, Canadian car sales have fallen 9% so far this year, a loss of more than 10,000 sales for non-Civic/Corolla nameplates.

The rich get richer, eh?

As new vehicle buyers increasingly turn toward SUVs and crossovers such as the Nissan Rogue, Honda CR-V, Toyota RAV4, and Ford Escape, Canadian car sales will continue to decline. But the rate of decline has, at least for the moment, stabilized at a more reasonable level after the drastic drops reported in the last two years.

At the moment, the car market as a whole has the Civic and Corolla to thank for that, which masks just how rapidly other vehicles are losing sales.

Can the Civic and Corolla sustain such lofty levels of success? 20% market share is nothing to sneeze at.

Reminder: these are 2017 year-to-date rankings, but you can sort cars by March 2017 volume by clicking the March 2017 column header, or you can rank them by improvements or declines using the % columns.

Source: Automakers & Global Automakers Of Canada & ANDC
* Italicized unranked lines are nothing more than available breakdowns, already included in the model’s total, not in addition to the model’s total.
² Total Prius Family sales: down 13% to 1113 in March; down 13% in Q1.
† Mini Cooper includes sales of the Hardtop, Convertible, Clubman, Coupe, Roadster, and Paceman.
¤ Automakers release sales figures for the E-Class and CLS-Class, and the Passat and CC together.
º Audi’s A4 sales data includes sales of the Allroad.
Sales data for brands such as Ferrari, Lamborghini, and Rolls-Royce are unfortunately not broken down by model. estimates say sales for those brands in 2017’s first three months were 20, 18, and 8 units, respectively. It is believed that Tesla sold 414 new vehicles during the first two months of 2017.