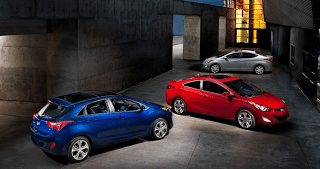 Excluding the cars from private brands like Ferrari, Lamborghini, Rolls-Royce, and Aston Martin – none of which report specific model-by-model sales figures – Canadians purchased or leased 158,007 cars in the first three months of 2013.

Between January and March, the Hyundai Elantra, Honda Civic, Mazda 3, Toyota Corolla, Volkswagen Jetta, and Chevrolet Cruze (direct competitors all) were responsible for for 33.5% of the new cars sold in Canada. That’s 4% of the nameplates accounting for nearly 34 out of every 100 new car sales. In the United States, the six best-selling cars account for 26% of all the cars sold.

But there, the top six actually includes seven nameplates, as Toyota USA combines sales figures for the Corolla and Matrix. If that were the case here Canada’s top six (by which we would mean seven) would be responsible for 35% of new car volume. The Matrix is less popular than it’s ever been, but as Canada’s 20th-best-selling car, it’s certainly not an uncommon sight.

Keep in mind, counting passenger cars, just like counting SUVs and crossovers and minivans (but not so much like counting pickup trucks or commercial vans) requires discernment. For this passenger cars group, we’ve included the Subaru XV Crosstrek and Outback, Volvo XC70, Toyota Venza, and the Mini Paceman, totals for which Mini hides in the Cooper family tally. This is why we supply the most commonly read article type on GCBC, the All Vehicle Rankings. Everything in one place. No distinctions.

Here, however, you will find cars in the traditional sense. Those full rankings included the following paragraphs: “GoodCarBadCar never ceases to remind its readers that they can always access historical monthly and yearly sales figures for any vehicle by selecting a make and/or model at the Sales Stats page. The Best Sellers page finds you many more lists just like this one, although most are shorter.

And please don’t forget that this table is completely sortable. This means by clicking the Cars button in the table heading you can rank vehicles alphabetically. Or if you just want to see how vehicles fared in March, click the March 2013 header. These are year-to-date rankings, so you’ll continue to see their quarterly finishing order at the far left no matter how you choose to sort the list.

Source: Manufacturers & ANDC
Red font indicates year-over-year declining sales
Italicized unranked lines are nothing more than available breakdowns, already included in the model’s total, not in addition to the model’s total. Sales data for brands such as Ferrari and Lamborghini are unfortunately not broken down by model. estimates say sales for those brands in the first quarter of 2013 were 60 and 42, respectively. Total Maserati and Bentley volume is reported, but not by specific models.
** Mini’s Canadian sales data doesn’t separate the different Cooper versions, which now includes the Paceman.
*** Total Genesis volume was up 5.7% to 276 in March; down 10.1% to 535 in the first quarter.
^^ Total Prius Family sales fell 34.7% to 678 in March; 10.9% to 1556 in the first quarter.