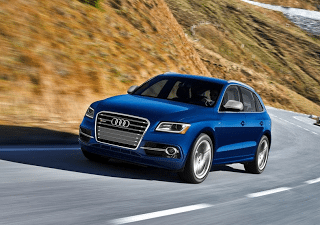 33 SUVs and crossovers generated greater volume for premium brands in the first four months of 2013 than the 52 cars sold by the same brands, nearly 3300 more.

April sales of luxury SUVs and crossovers – a list which includes anything from Acura, Audi, BMW, Cadillac, Infiniti, Land Rover, Lexus, Lincoln, Mercedes-Benz, Porsche, and Volvo – jumped 17% in Canada. The overall new vehicle market, you’ll recall, was up just 8.9%. So far this year, these 33 vehicles accounted for 5% of the Canadian auto industry’s volume. 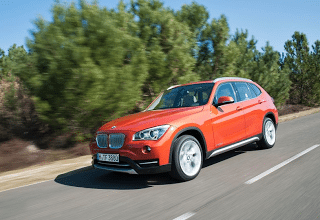 Lexus’s RX finished 2012 as Canada’s top-selling premium brand utility vehicle. It led the way in April, as well, challenged closely by the Acura MDX, but it trails the Audi Q5 by 44 units through the first four months of 2013.

There are a couple things to keep in mind. First, for the first time we have sales figures for both the Mercedes-Benz G-Class and GL-Class, rather than just combined figures. If you’ve previously inspected the complete sales rankings of luxury SUVs and crossovers in America, you’ll notice that there’s no Toyota Land Cruiser listed here. When Toyota sells a Land Cruiser in Canada, it is not of the luxury SUV type.

These are year-to-date rankings, but you can sort cars by April volume by clicking the April 2013 column header, or you can rank vehicles by improvements or declines using the % columns. Or, most importantly, you can list automakers together by selecting the Luxury SUV/Crossover column header. Just remember, the list is horizontally flipped from the norm: YTD on the left, monthly data on the right. If you don’t like how GoodCarBadCar defines these non-car automobiles, remember that all 249 vehicle nameplates were ranked in one sortable table, as well. And shortly, you’ll see all luxury nameplates listed in one long table, cars and trucks and SUVs together.

Source: Manufacturers & ANDC
Red font indicates year-over-year declining sales
Italicized unranked lines are nothing more than available breakdowns, already included in the model’s total, not in addition to the model’s total. Sales data for brands such as Aston Martin, Ferrari, Lamborghini, Lotus, Maybach, Rolls-Royce, Tesla etc. are unfortunately not available or are not broken down by model. estimates say sales for Ferrari and Lamborghini were 18/70 (April/YTD) and 4/14 (April/YTD) respectively. Total Maserati and Bentley volume is reported, but not by specific models.