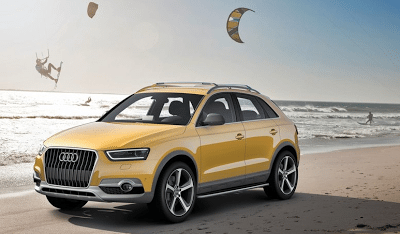 The only premium automobile manufacturer capable of selling more SUVs than Mercedes-Benz Canada did with the GLK in March 2012 was Mercedes-Benz itself. Sales of the larger, newer M-Class more than doubled in the first quarter and jumped 78% in March. The GLK trailed the M-Class by more than 90 units; the next-best-selling utility vehicles were made by Lexus (the RX350 and RX450h) and BMW (the X1).

Speaking of the Lexus RX, sales of the RX hybrid fell 34% to 57 in March. The hybrid accounted for 11.6% of all RX sales. Toyota’s Highlander Hybrid, conversely, accounted for 17.2% of all Highlander sales. Unfortunately, most manufacturers don’t release monthly breakdowns with as much detail as Toyota Canada provides.

Thankfully, Porsche Canada ups the ante by listing specific model sales for all its cars. The basic Cayenne found 59 buyers in March; five of those 59 chose the manual transmission, thereby avoiding the $3430 cost of an automatic. Sales of the Cayenne S rose to 40 from 18 a year earlier. Porsche also sold 16 Turbo Cayennes in March and 8 Cayenne S Hybrids.

It doesn’t take a genius to spot falling sales in the small luxury SUV/CUV arena – the red font makes it clear. The majority of candidates, from Acura’s replace-me-now RDX to Infiniti’s replace-me-too-please EX35 to BMW’s X3 and the Land Rover LR2, are in decline. March 2012’s market for small luxury SUVs, at least with the parameters set in the accompanying chart and table, actually increased 16.5% from from a year ago. Of course, it helps to have two new helpers. The Good 12-winning $46,995-$61,595 Range Rover Evoque – which is clearly as expensive as many of the larger luxury SUVs – and BMW’s very small and very wagon-like X1 brought in hundreds more sales which either didn’t exist last year or went the way of another small luxury crossover.

By the end of March, the X1 and Range Rover Evoque were registered 615 times and were Canada’s ninth and 27th-best-selling luxury vehicles. Of course, the market for smaller premium utilities, as GoodCarBadCar defines it, only increased by 371 units. There’s more to the luxury SUV marketplace than these simple market size distinctions. For the price of a Range Rover Evoque Coupe Dynamic, you can drive a Mercedes-Benz ML350 4Matic with options. And many choose to do so.

Sales figures for these models and every other vehicle on sale in Canada can be accessed through the dropdown menu at the top right of this page. After the jump, March 2012 and year-to-date sales data for more than two dozen luxury SUVs/crossovers is laid out in detail.