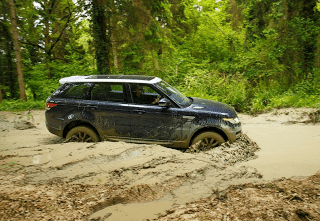 The Volkswagen Group’s trio of high-priced SUVs flipped their year-to-date sales order around in September 2013. The Audi Q7, which hasn’t sold quite as often as the $49,675 Volkswagen Touareg and Porsche Cayenne this year, outsold its two partners in September.

The Touareg, which has sold slightly more often than the Cayenne and Q7 this year, fell 21% and didn’t sell as well as its partners in September. Cayenne volume fell 16%, and it still accounted for 55% of Porsche’s Canadian volume, though that figure was down from 74% in September 2012.

The trio of SUVs accounted for 7% of the VW Group’s September sales in Canada. Including the Audi Q5 and Volkswagen’s smaller Tiguan, utility vehicles attracted just 23% of Volkswagen/Audi/Porsche/Bentley sales in September.

Audi and Porsche, of course, aren’t exactly found wanting in the utility vehicle sales arena. It’s the lack of SUV impact at Volkswagen that should be of concern. Through nine months, Audi Canada has found that 44% of its buyers choose either a Q5 or Q7. The Cayenne has outsold the Boxster, Cayman, 911, and Panamera – combined – by 155 units.

Source: Automakers & ANDC
* indicates a vehicle which is also shown in another GCBC segment breakdown
GCBC isn’t here to break down segments, an impossible task for any group, but to display sales data for the sake of comparison. The more ways sales data can be displayed, the better, right? This explains you’ll see the XC70 listed with luxury cars as well as with SUVs and crossovers and the Touareg with luxury SUVs and mainstream SUVs… because readers have wanted it both ways. You can always find the sales results for EVERY vehicle and form your own competitive sets by using the All Vehicle Rankings posts. This post was corrected at 3:48 PM AT on 11.15.2013 with updated information from the regarding Land Rover sales.