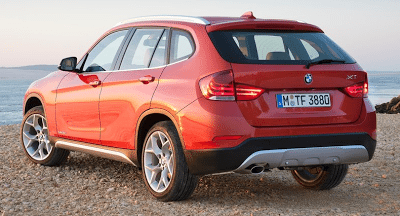 With its best Canadian sales month yet, the BMW X1 spoiled the 2013 Acura RDX’s May 2012 sales party, during which the RDX outsold all other smallerish luxury SUVs and crossovers.

Besides the X1, the Lexus RX and Acura MDX both sold more frequently than the Acura RDX, as well. Canadians can currently lease an MDX for 48 months at a low rate of just 0.5%. The Lexus RX350’s base price is $7740 cheaper than the base price of an MDX.

Including the X1, RX, MDX, GLK, Q5, M-Class, and X3, 34 SUVs and crossovers sold more frequently than the RDX in the first five months of 2012. This is no discredit to the recently-replaced RDX, but it does highlight the low-volume nature of luxury utility vehicles in Canada. That said, the SUVs and crossovers you see in the accompanying charts (which you can click for a larger view) accounted for 4.3% of the 175,525 new vehicle sales in Canada in May 2012.

The same group, as yet still missing the X1, was responsible for 4% of the 1.3 million new vehicle sales in America in May 2012. Excluding the not-yet-for-sale-in-America X1, the other 26 luxury utilities shown in these charts and tables were responsible for 3.9% of Canada’s auto sales volume in May 2012.

Even in that similar market share tally we find significant differences in the two markets, however. The generally smaller and/or/or/and less expensive luxury utilities found in the first table after the jump, all ten of them, found 3619 buyers in May. The second table lists 17 vehicles but barely any more sales, just 3910. In the United States, the group of 17 bigger and/or/or/and luxury utilities sold more than twice as often as the X1-lacking group of nine.

The Canadian/U.S. sales comparisons are interesting but rather inconsequential. Nevertheless, GoodCarBadCar’s database of historical monthly and yearly sales figures for every automobile currently on sale in North America lists Canadian and U.S. data side-by-side. You can access that database through the dropdown menu at the top right of this page or at GCBC’s Sales Stats home. Click past the jump for a closer look at May 2012 and year-to-date sales figures for luxury SUVs in Canada. Their bigger brethren were profiled last week.