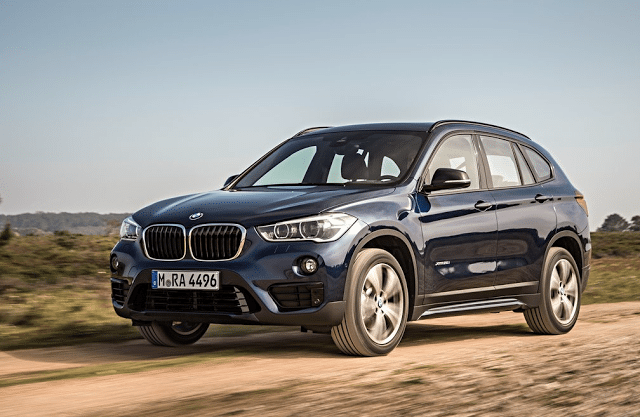 The NX led a category which surged to a 24% year-over-year improved, helped along by all-new players like, for example, the NX, and Land Rover’s Discovery Sport. 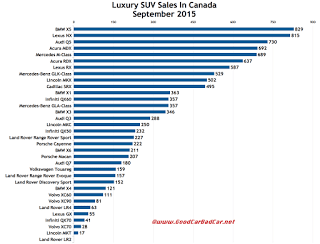 Yet even without the new players adding volume to the segment, small luxury SUV/CUV sales – including a trio of compact contenders from Audi, BMW, and Mercedes-Benz – was up 3% last month.

Bigger things will be expected from the X1, BMW’s smallest SAV, now that the all-new, second-generation X1 is arriving on Canadian shores.

The newer model isn’t the rear-wheel-drive/AWD pseudo-performance wagon that the first X1 was, but it’s a roomier car that’ll still prove sufficiently athletic to most buyers.

medianet_width=’468′; medianet_height= ’60’; medianet_crid=’481536334′;
You can click any model name in the tables below to find historical monthly and yearly Canadian auto sales data. You can also select a make and model at GCBC’s Sales Stats page. These tables are now sortable, so you can rank luxury SUVs and crossovers any which way you like. Suggestions on how GCBC should break down segments can be passed on through the Contact page.